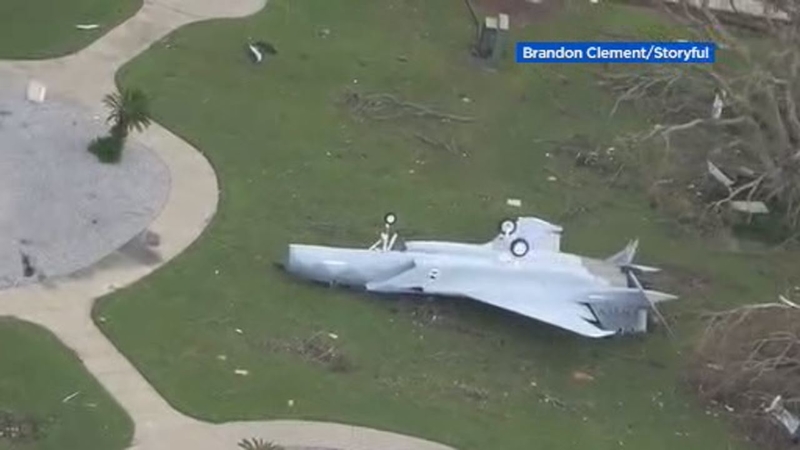 Col. Brian Laidlaw told the 3,600 airmen stationed at the base just east of Panama City that he won't ask them or their families to return until their safety is guaranteed. The base was evacuated in advance of the Category 4 storm that struck the Gulf Coast on Wednesday afternoon with 155 mph winds and a strong storm surge.

Helicopter video by Brandon Clement of the damaged base shows roofs ripped off hangars and a fighter jet on display toppled onto the ground.

In his letter posted on the base's Facebook page, Laidlaw says crews need to clear trees from roads, repair power lines and "assess the structural integrity of our buildings" before anyone returns.

Aerial footage shows the extent of Hurricane Michael's destruction in and around Panama City, Florida.