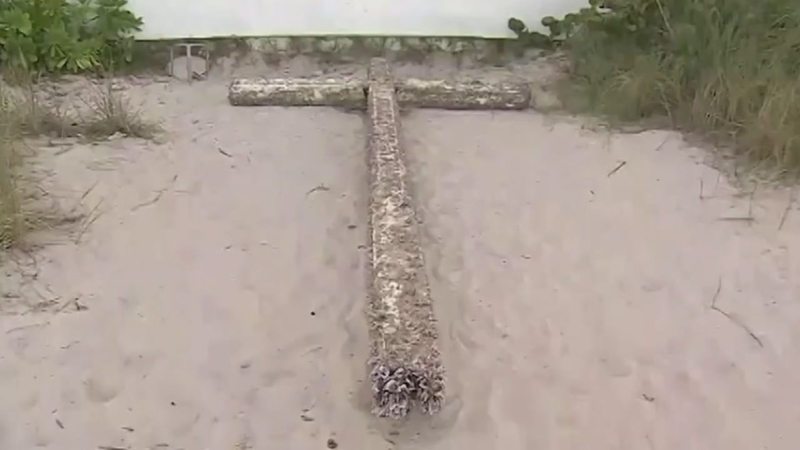 FORT LAUDERDALE, Florida -- The mystery of a barnacle-covered wooden cross that washed ashore along a South Florida beach may have been solved.

The Miami Herald reports that a woman believes the cross was erected on an island off North Carolina in 2016 in memory of her brother who disappeared while on a solo hunting trip in Hatteras Inlet.

Robin Stowe contacted the newspaper on Wednesday after reports surfaced about the 20-foot cross, which has been captivating tourists who dragged it from the water's edge at Fort Lauderdale's beach last weekend.

After Stowe's brother disappeared, a bunch of friends put the cross on the inlet. She says it likely was swept away during Hurricane Michael last October.

Does this look like an angel cloud in the sky?