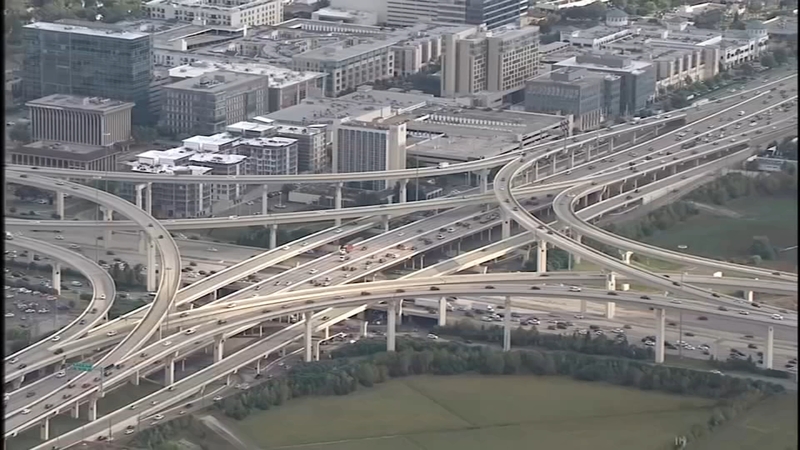 HOUSTON, Texas (KTRK) -- A spokesman from the Texas Department of Transportation said you're not imagining things if you've noticed an increase in unsafe driving on Houston's streets, roads and highways.

"There's a lot of aggressive driving that we're seeing out there," said Danny Perez with TxDOT. "Just keep your emotions in check when you get on the road."

Perez's advice comes on the heels of Saturday's deadly road rage incident in west Harris County where a man was shot and killed by an unknown male suspect.

David Owens, who wasn't driving at the time of the incident, left his vehicle to confront the man before being shot and killed on South Highway 6 and Alief Clodine. Owens' two children, as well as his friend, witnessed the scene from inside the car.

"We believe the two children did witness the shooting," said Sergeant Greg Pinkins with the Harris County Sheriff's Office. "None of them were hurt or injured."

The shooter took off and investigators said they believe he was driving a black car.

The 9-year-old girl, who is non-verbal, now has a 6-inch scar on her head, and her mom is demanding justice.

Homicide investigators are compiling video footage from the area of the shooting, but believe the suspect is Hispanic and in his 20s.

Eyewitness News asked TxDOT for recent statistics on road rage incidents in the Houston area, but they were still compiling those numbers at the time this story was published.

"I think we just need to calm down and take our time," said Houstonian Ricky Williams. "People are so full of anger."

Perez offers a number of theories on the increase in aggressive driving, such as construction and more people on the roads.

"It's probably a good idea to plan ahead," said Perez, who said Houston's construction might make familiar routes take longer than drivers expect. "Driving aggressively is not the answer, and it's not going to get you there anywhere any faster."