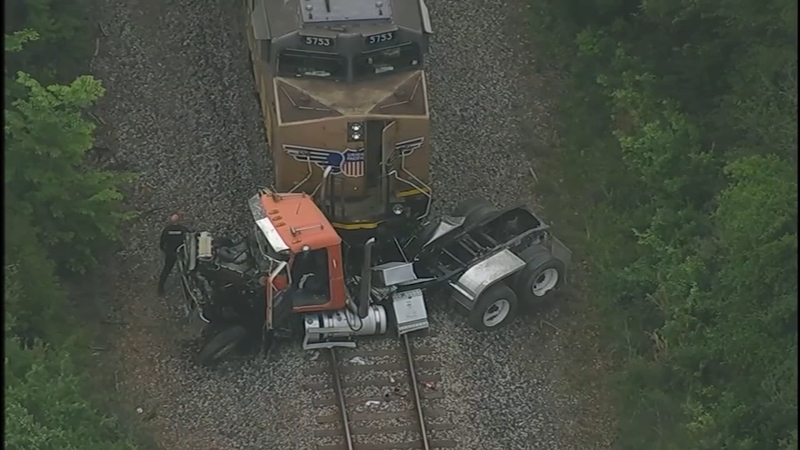 Driver injured after 18-wheeler struck by train near Hockley

According to the sheriff's office, the 18-wheeler was on the tracks at the intersection of Katy Hockley and the US-290 feeder road when the railroad crossing arms came down.

When the train hit, the 18-wheeler truck was torn away from the load of gravel and pushed a quarter mile down the railroad tracks.

SkyEye video from above the scene showed the aftermath of the crash.

According to Captain J. Shannon, the driver of the 18-wheeler was transported via LifeFlight to the hospital in critical but stable condition. Officials say the driver is expected to survive.

Officials are asking drivers to avoid the area. They expect the intersection to be blocked for several hours.