Galleria-area businesses not looking forward to ramp closures: 'It's going to be impossible' 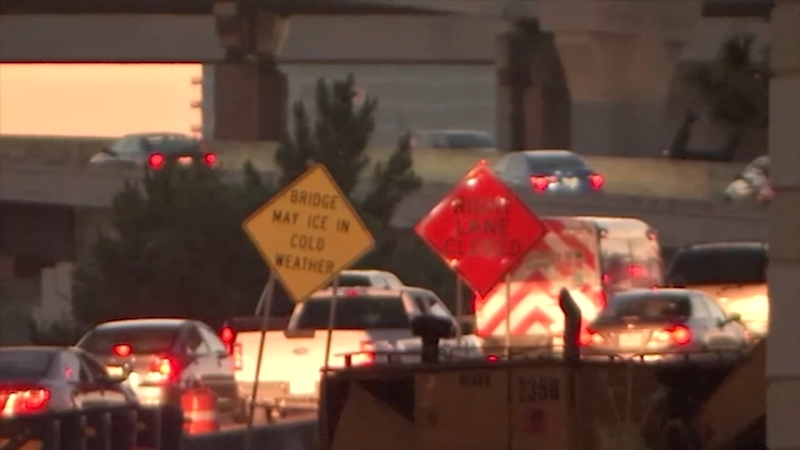 Major closures scheduled for this weekend for the 610/69 interchange project including the I-69 SW Freeway northbound connector ramp to I-610 W Loop northbound and the I-69 mainlanes closures will be pushed back to next weekend. Get closure updates at https://t.co/4ICQxBXr0x. pic.twitter.com/ZgbiMusdzP

Though drivers said they felt a sense of relief about the rescheduling, they aren't ready for what next weekend will bring.

At the corner of what's going to be a traffic nightmare, you will find Casa de Montecristo - a tobacco shop just off the West Loop.

Jonathan Nelson, a cigar concierge for the shop, told ABC13 he's dreading what's to come for his customers.

"We have one of the largest cigar selections in the city," he said. "Anytime commuter time goes up, it's bad for everyone. We have people come [and] drive 45 minutes to get here, and with traffic, it's going to be impossible."

Starting net weekend until sometime early next year, the I-69 Southwest Freeway connector ramp to 610 West Loop northbound will be closed.

To try to get around this, you can take the Fournace/Bellaire exit ramp and go on to the West Loop South then make a U-turn under the loop to head north. Then you can enter the northbound main lanes on the West Loop

Trying to think of your shortcut already? Don't worry! We've got the top detours in the video below.
EMBED More News Videos

It's about to get real near I-610 and the Southwest Freeway, Houston! Don't worry, ABC13 has got the top shortcuts and detours all in one place.

"I'm sure the neighborhoods behind us won't be happy at all," said Nelson.

Due to that concern, TxDOT said it plans to limit access to the Afton Oaks neighborhood from the I-69 southbound frontage road so that drivers won't cut through to get to Richmond.

All of this is part of a $259 million project to take down the existing ramps and reconstruct new ones that will enhance safety and improve mobility, according to TxDOT.

For any Houston driver, it's safe to say it's going to be a long road ahead.

"Being in Houston, we just hope for the best," said Nelson.