HOUSTON, Texas (KTRK) -- Both directions of the East 610 Loop at Clinton are back open after Thursday's massive water main break that caused a flood across the mainlanes.

Workers in heavy machinery swept away debris as the water receded late Thursday.

All that remains is a gaping hole where millions of gallons of water spewed from that 96-inch pipe on Thursday.

Meanwhile, the city of Houston, except for Kingwood, is still under a boil water notice, at least through the rest of the day Friday. Mayor Sylvester Turner insisted the water is safe, but as a precaution, issued the advisory. 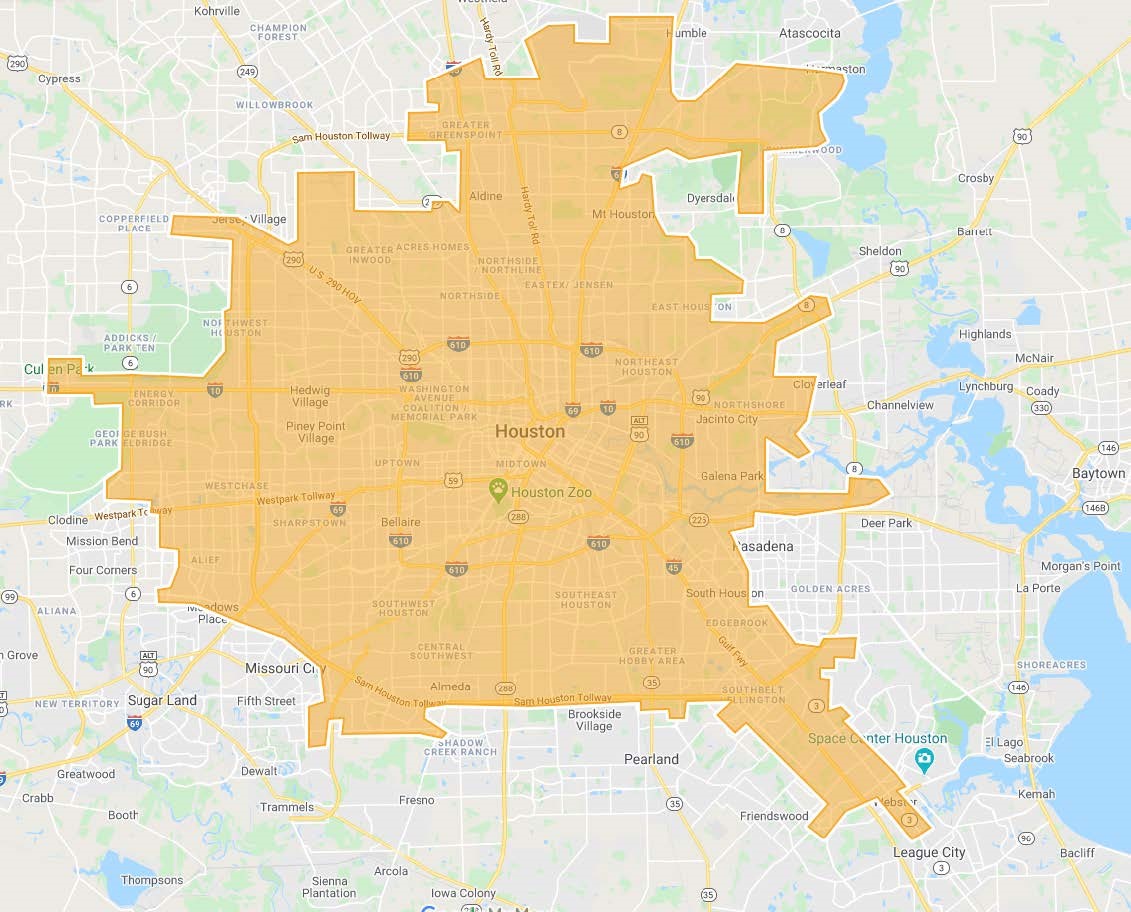 For those who need to run to the store to buy water, local grocery stores say they're working to remain stocked.

Statement from H-E-B
H-E-B continues to address the increased demand for water in the city of Houston. As of last night, we have received 40 trailers of water and expect more today. We will continue to work to supply our stores in the city limits until the boil ban is lifted.

Turner reported Friday morning that water pressure had stabilized and the city was working with the Texas Commission on Environmental Quality to approve a water sampling plan. The sampling plan allows officials to determine when the boil order is no longer needed.

Schools and businesses across the city were closed Friday, including all Houston ISD campuses.

According to officials, a city contractor was doing exploratory work for a water line project. When soil was moved from the line, the 96-inch water line burst.

City officials said the line provides water to 40 to 50 percent of Houston residents.

I have authorized the Public Works Department to take all necessary steps to isolate the break, drain the lines, make the necessary repairs to return water pressure to normal levels as soon as possible. st

"This was a major break," said Mayor Sylvester Turner during a press conference on Thursday. "As you can see, it produced a lot of water, and it is still producing a lot of water. I can tell you that the line has been isolated on both ends, but until it fully drains, it will continue to spill out water."

"In light of today's wide-spread water outage, I have authorized Houston Public Works to take all necessary steps to isolate the water line break, drain the lines, and make the necessary repairs to return water pressure to normal levels as soon as possible. Repairs will take six to eight hours so we are asking the public to conserve water to help relive water pressure. We are currently under a boil water notice and you will be notified when it is rescinded. A City of Houston contractor was doing exploratory work for a City of Houston water line project in east Houston near 610 and Clinton Drive. When soil was moved from the line, the 96-inch line burst.

Food service establishments without water or flushing toilets must cease operation. The Houston Health Department has dispatched sanitarians to the area. I want to thank our first responders for acting quickly and getting drivers to safety. Thankfully, no water entered any homes in the affected area. Today's water line break is a reminder of the aging infrastructure that Houston and other major cities face as we work to make improvements each day."

Some drivers were forced to climb onto the roof of their vehicles as the water levels climbed on Thursday.

Despite the large area that flooded, there were no reports of any injuries, according to HFD.

MORE TO KNOW AFTER THE WATER MAIN BREAK:

The water main break has caused a water outage for the area and has forced a number of businesses, including health clinics and voting centers, to close.

"If you're a food establishment and if you don't have water, they must immediately cease operations," said Turner.

(1/2) As a result of a major water main break in East Houston that has impacted multiple areas of the city, #HISD after-school activities are cancelled today (2/27). All playoff games will be held as scheduled. #hounews

(2/2) Campus dismissals will be held as normal. If needed, bus drivers will use alternate routes. #HISD maintenance staff will also inspect buildings as a precautionary measure to ensure all systems are functioning properly once water is restored. #hounews

"The State Operations Center has been in close contact with Houston and Harris County officials, and the Texas Division of Emergency Management has staff assisting on the ground through the Houston Emergency Operations Center. The State will continue to provide any additional assistance as needed."

HFD is responding to a water main break in the 9200 block of Clinton Dr. Several units have been dispatched including rescue boats and high water vehicles. There have been no transports or reports of injuries at this time. Please avoid the area to allow crews to work.

In some of the most shocking images from SkyEye13, two men were seen on the top of a truck in the middle of the water.

The rushing water also damaged the center divider between the northbound and southbound lanes of the East Loop.

In addition to water, a massive amount of mud and vegetation was pushed onto the road, covering some of the stranded vehicles with debris.

The mess spilled into the Clinton Park Tri-Community neighborhood, which includes at least 7,600 homes. Turner said in a tweet that it appeared the water did not enter any homes.