From left: GMA's Robin Roberts, Michael Cimino of Hulu's "Love, Victor," "Ducktales" and Billy Porter of "Pose" on FX have all played a role in making LGBTQ history on television.

The fight to secure LGBTQ rights wouldn't be possible without the bravery of trailblazers who helped to light the way. For nearly 50 years, nothing has played a more pivotal role in moving these issues forward like frank and honest portrayals of gay, lesbian, bisexual and transgender people on television.

Here is a look back at how Walt Disney Television has helped make LGBTQ history on TV:

The Lamont Johnson film was the first TV movie to give a serious and sympathetic focus on the life of gay people. In the film, a divorced contractor must deal with coming out to his 14-year-old son with mixed results.

The American sitcom, based on Lanford Wilson's off-Broadway play of the same name, ran on ABC for one season, and featured the first gay couple on national television. 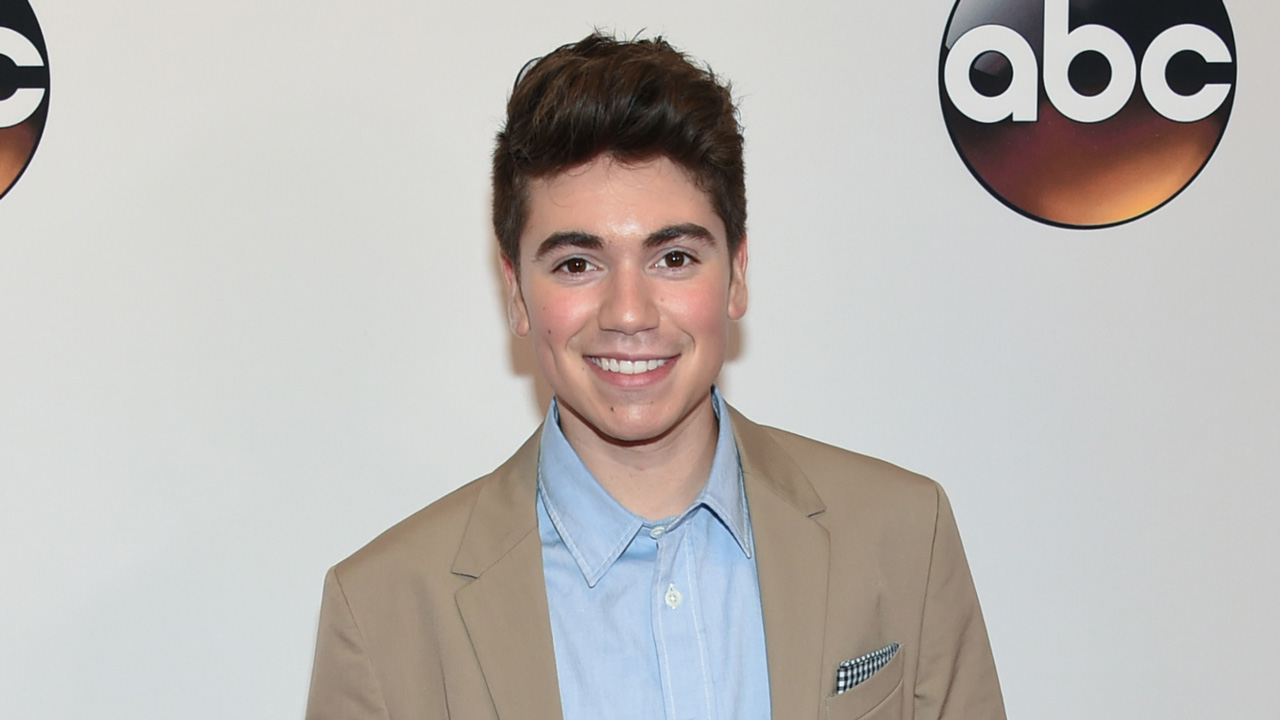 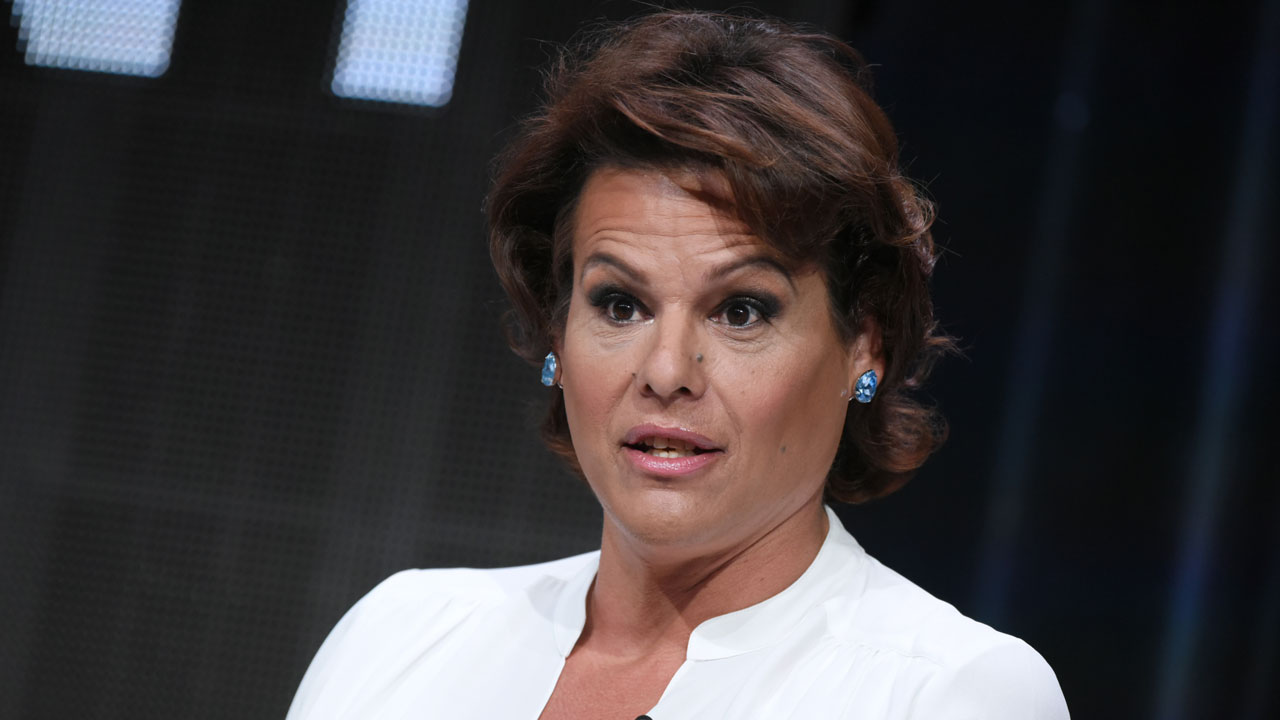 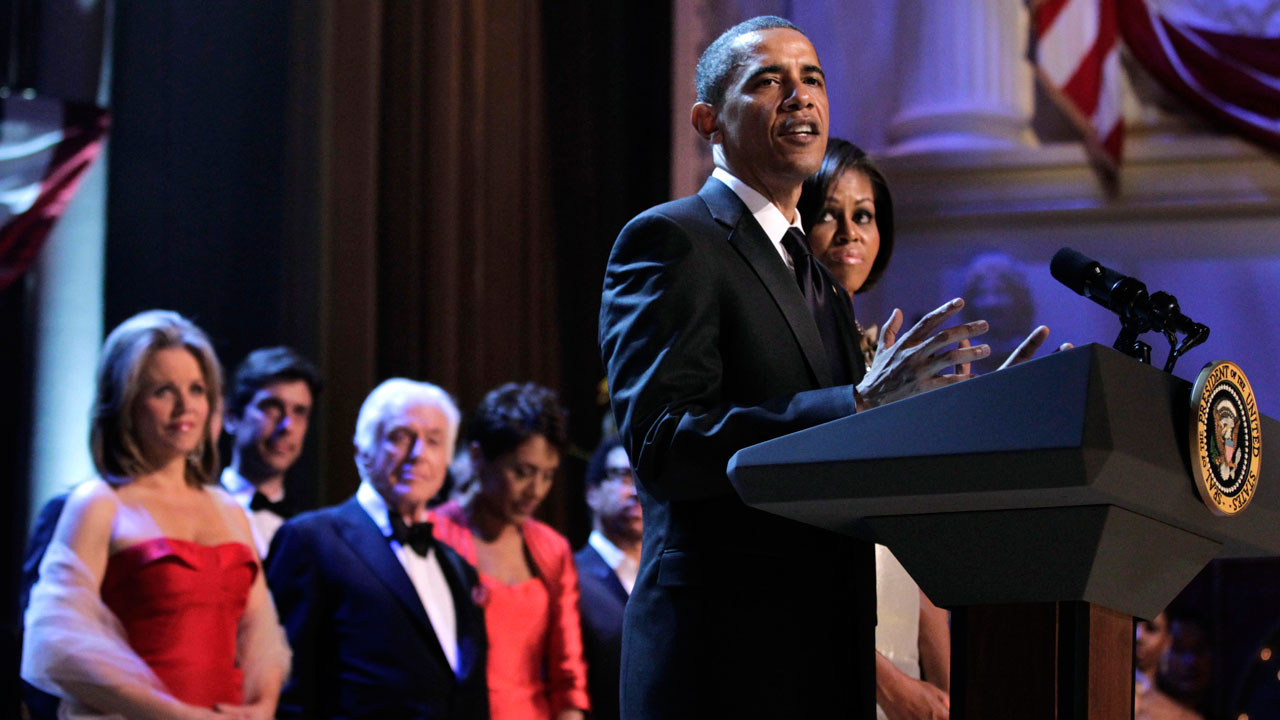 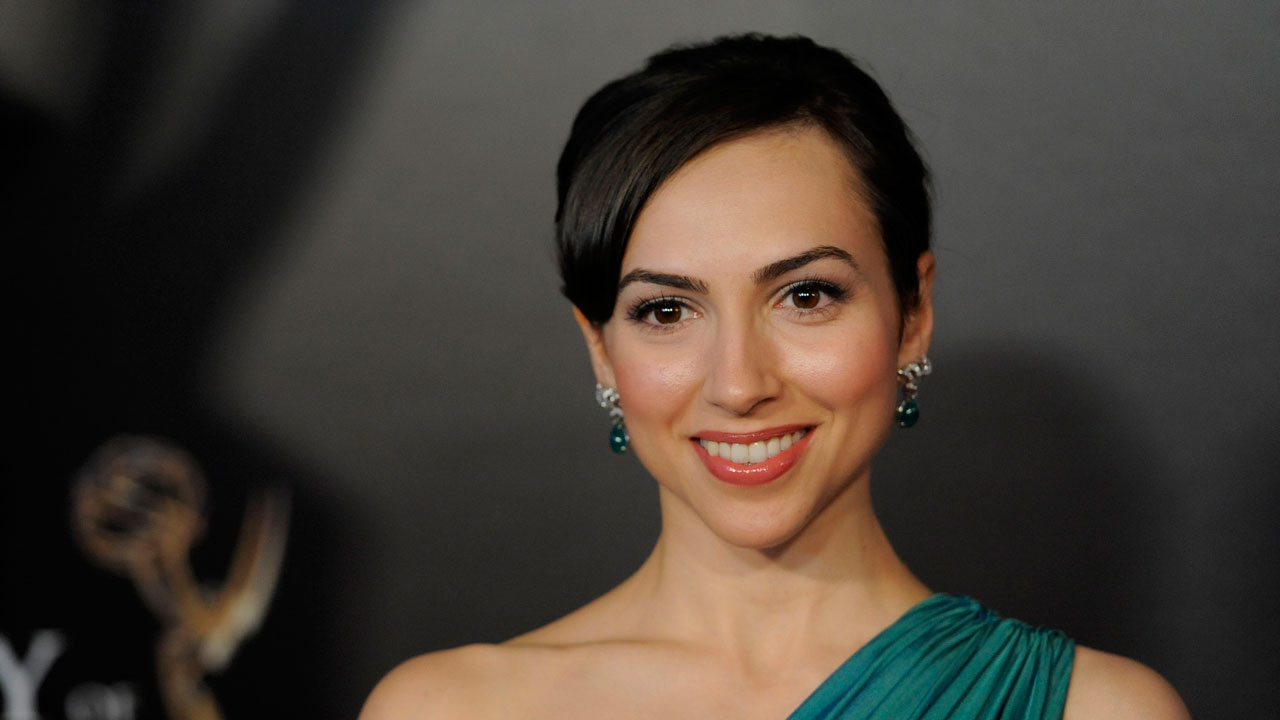 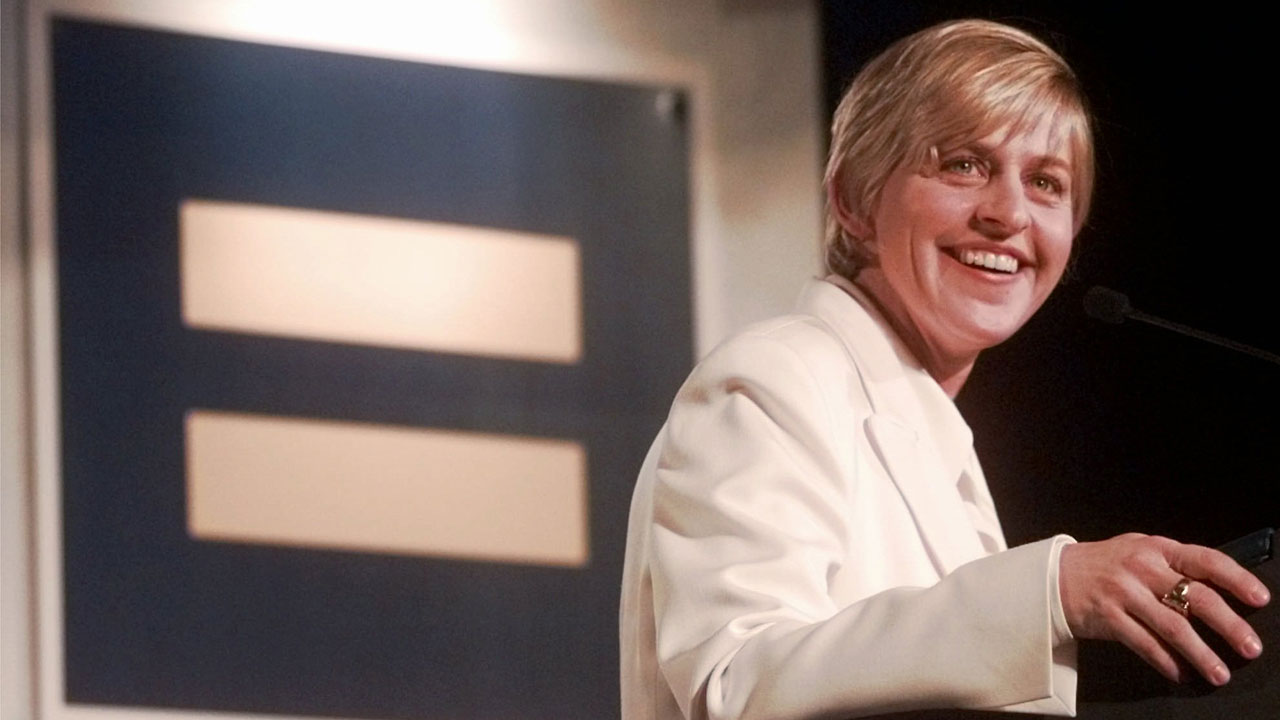 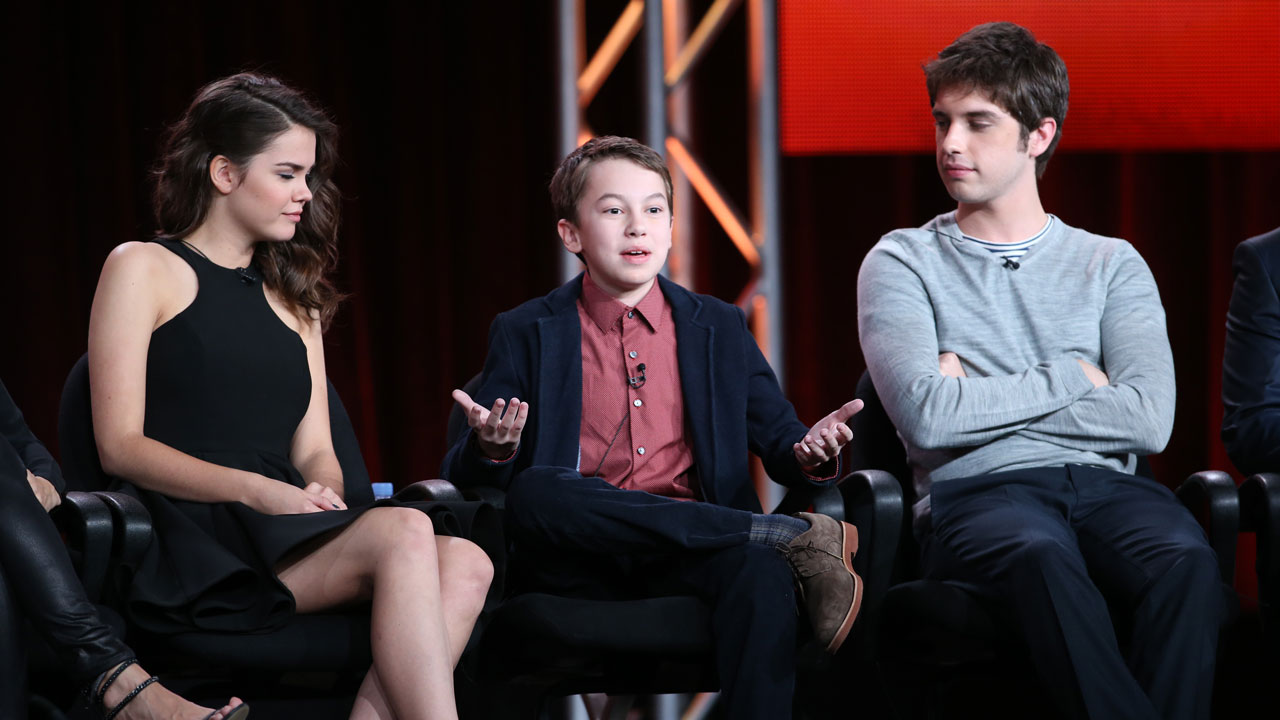 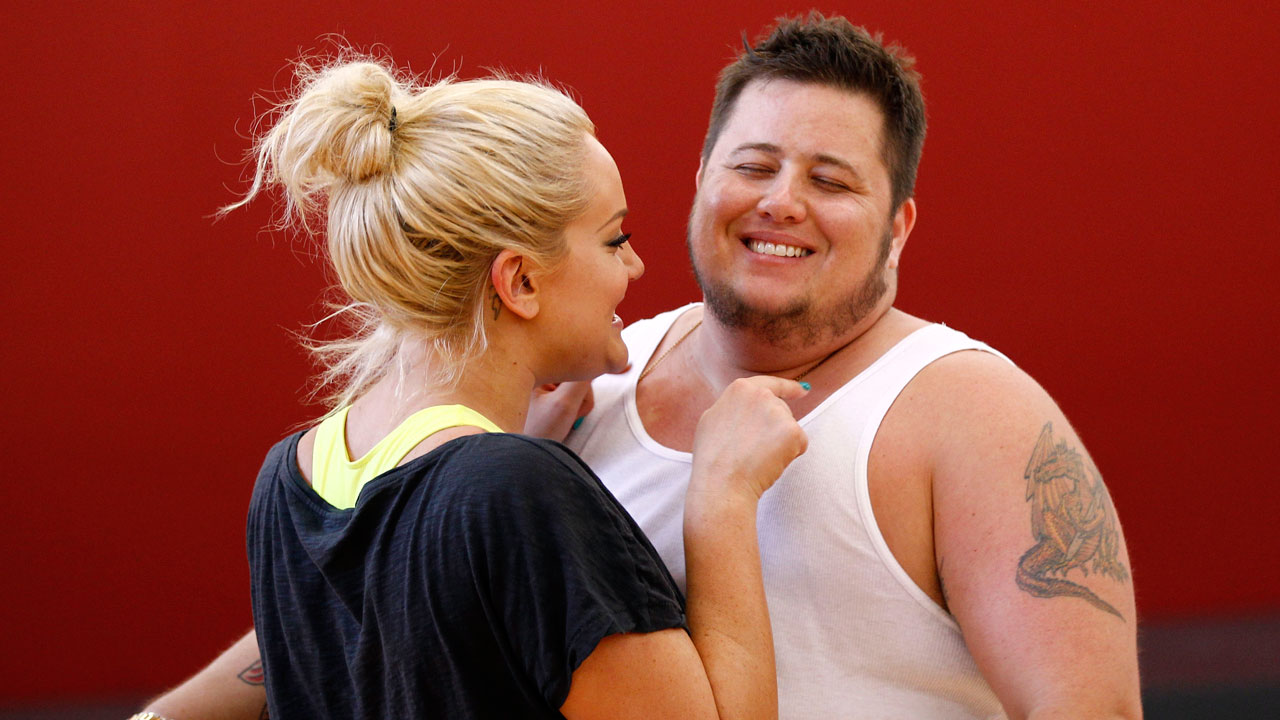 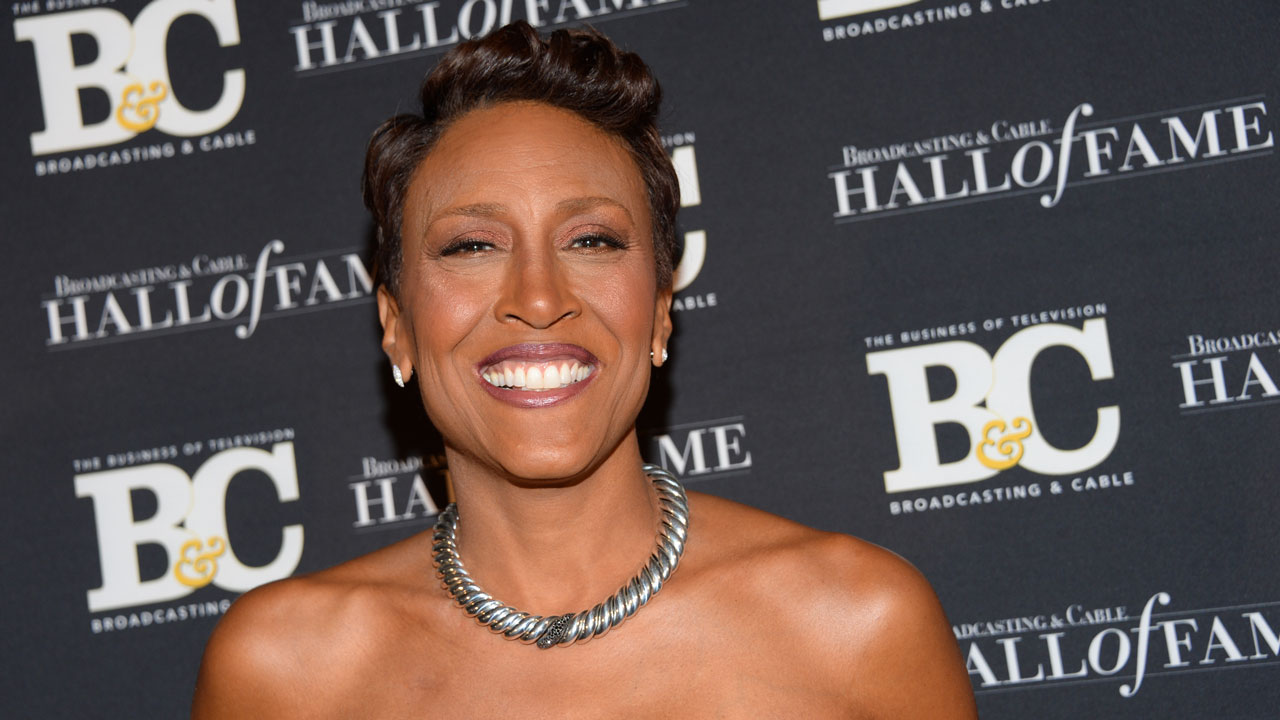 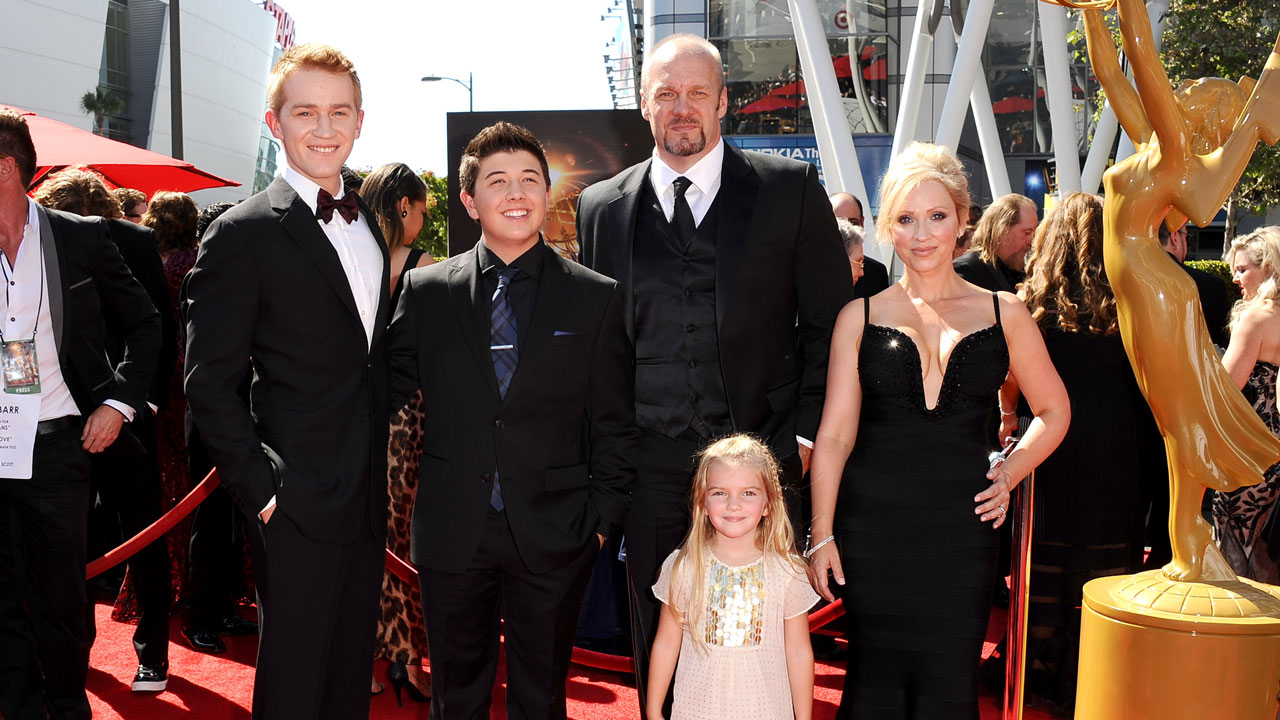 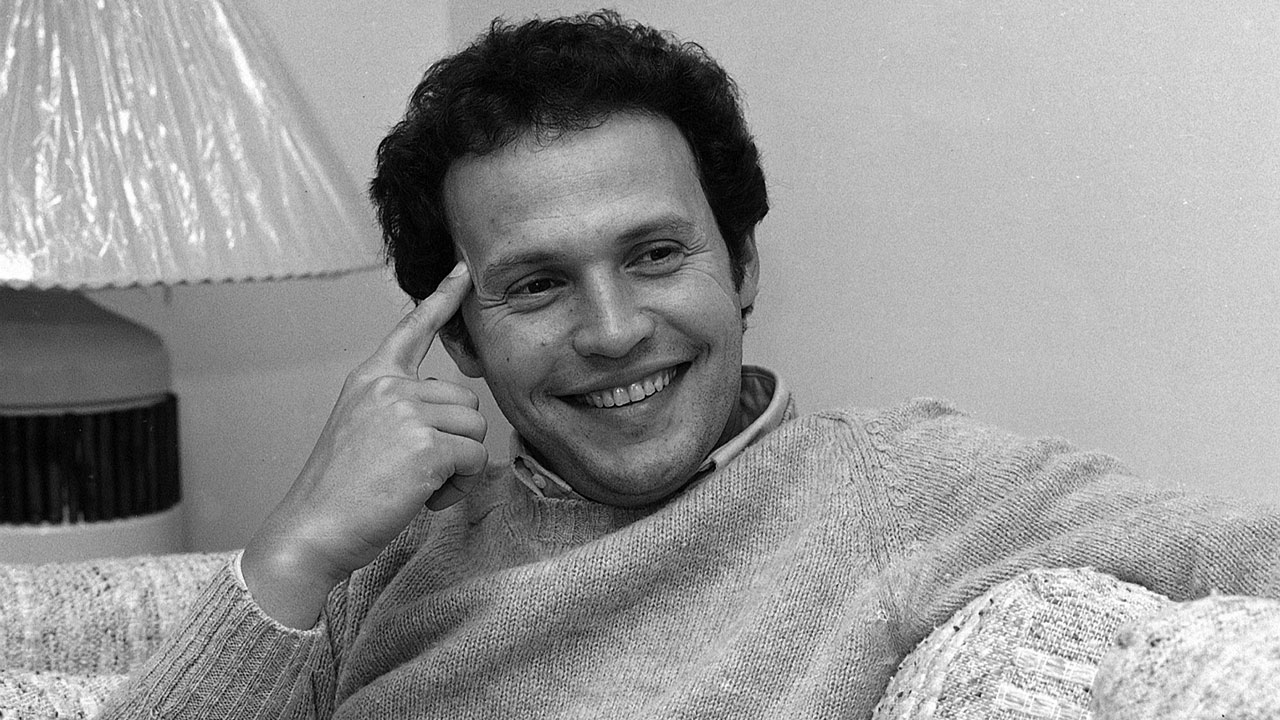 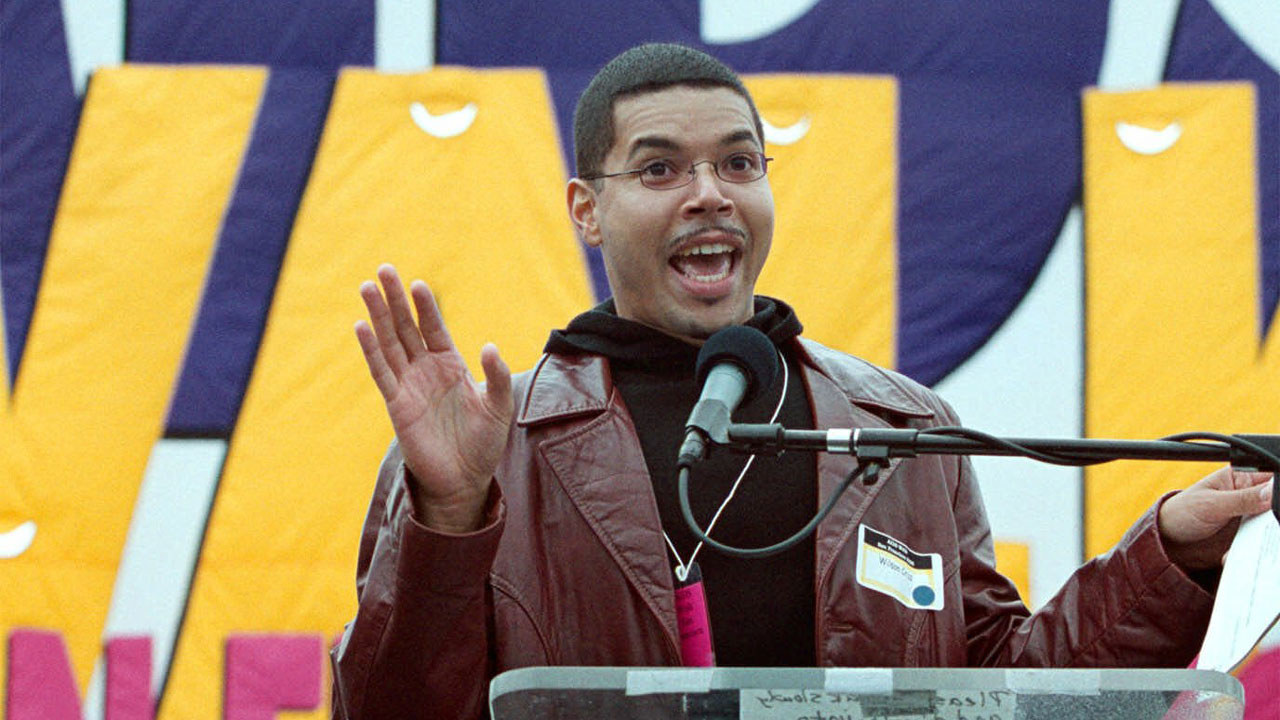 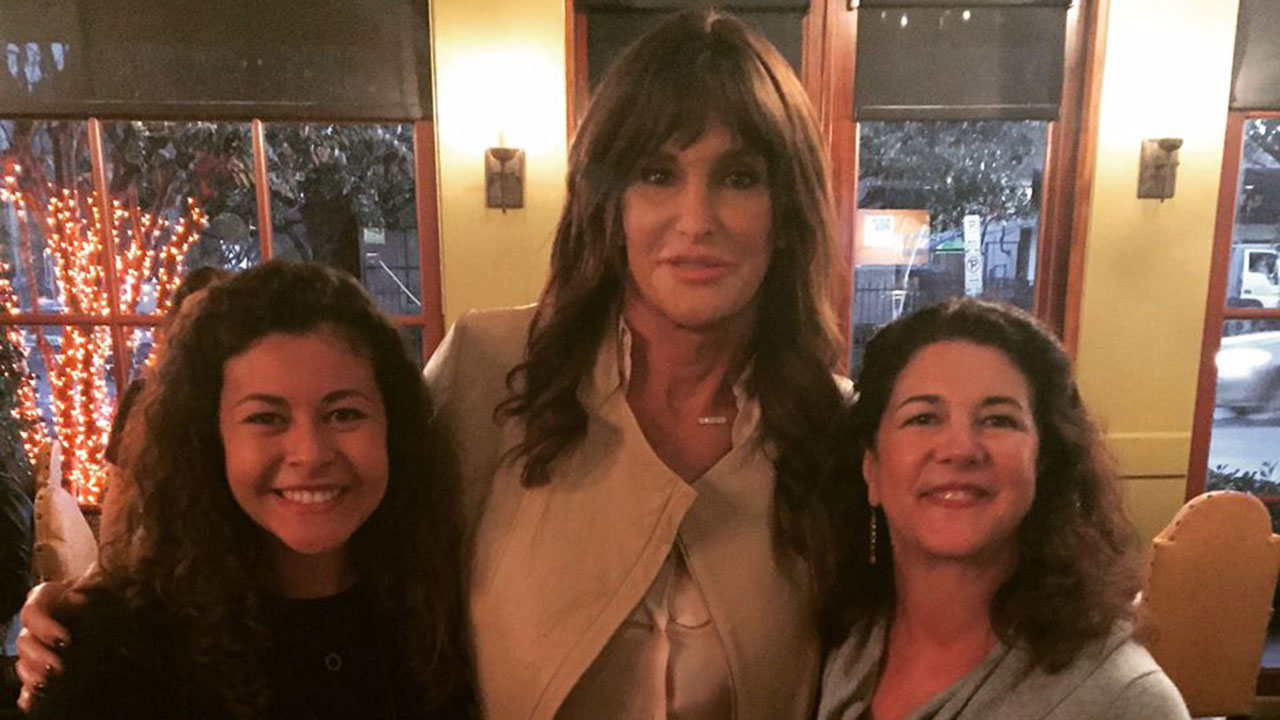 1 of 12
Noah Galvin made a splash and brought a world of color to the screen as a teen coming out of the closet in ABC's "The Real O'Neals." Fingers crossed for a boyfriend in Season 2...
Evan Agostini/Invision/AP

Comedian and actor Billy Crystal is credited as one of the first gay characters to consider a sex change operation in his portrayal of Jodie Dallas in the ABC sitcom.

In the episode "Strangers," Russell Weller (portrayed by actor David Marshall Grant) and Peter Montefiore (Peter Frechette) lit up screens as one of the first gay couples shown in bed together. The episode stirred conversation from conservative groups, in addition to LGBTQ groups concerned about how the episode reflected on the HIV/AIDS crisis.

The teen-angst drama, which aired for one season on ABC, featured actor Wilson Cruz in his portrayal of the first openly gay teenage character on American network television.

Before comic and actor Ellen DeGeneres was dancing her way into the hearts of American households on her talk show, she was the boisterous and funny woman who came out as America's first openly lesbian character on television in 1997.

The ABC Family (now Freeform) movie was a prequel to the hilarious "Romy and Michele's High School Reunion." Katherine Heigl was in it, but the real star was actor Alexandra Billings, who became the first transgender actor to play a transgender character on TV.

The president of the United States spoke exclusively with "Good Morning America" anchor Robin Roberts about his decision to openly support same-sex marriage. Three years later, it became the law of the land.

Who would have thought a Disney Channel show could be so forward thinking? The family comedy didn't flinch when it introduced a lesbian couple in a 2014 episode.

Diane Sawyer's special with Caitlyn Jenner was one of the most watched programs in 2015. Jenner exposed her most vulnerable moments from life as Bruce Jenner, and the decision to transition into a transgender woman.

The Freeform family drama about a lesbian couple, their biological son and four foster children struck a chord when it featured the youngest same-sex kiss on television. Foster child Jude (portrayed by actor Hayden Byerly) smooched Conner (Gavin MacIntosh), opening a Pandora's box of teen emotions and leading to one angry father.

The "Good Morning America" anchor, who moved us to tears while touring her hometown in the aftermath of Hurricane Katrina, won an Arthur Ashe Courage Award at the 2013 ESPYs. Two years later, the woman who bravely battled a rare blood disorder in front of us all came out to the world. Roberts publicly acknowledged her long-time girlfriend in 2015, becoming one of the nation's first openly gay news anchors.

ABC's hilarious sitcom featured a family coming to terms with real life situations and the fresh outing of gay teenager Kenny O'Neal (Noah Galvin). It's was as fresh and frank as it was funny.

WATCH: Actor Joshua Rush reveals what he loves about Houston and more

"The category is love," declared the actor who portrays Pray Tell on the FX drama "Pose," becoming the first openly gay man to win best actor in a drama at the 71st Primetime Emmy Awards in Los Angeles. "Please don't ever stop telling the truth."

For the first time in franchise history, "High School Musical" not only has a gay character, but a gay romance blossoming on screen. The Disney+ series introduced the world to Carlos and Seb in its first season, the adorable choreographer (portrayed by actor Frankie A. Rodriguez) and theater-loving child of farmers (Joe Serafini). No spoilers, but the homecoming episode got us right in the feels.

While fans are busy speculating online about the entrance of Marvel Cinematic Universe's first transgender superhero, Marvel Comics introduced The Mighty Rebekah to the world in the first season of "Marvel's Hero Project" on Disney+.

She's based on Rebekah, a real-life New Jersey activist and pastor's daughter, who transitioned at age 8 after being assigned male at birth. When she isn't singing at church, Rebekah petitions lawmakers as she did in December 2018, when she testified before the New Jersey legislature in support of a bill mandating inclusion of LGBTQ history in public schools.

The Disney XD animated reboot "Ducktales" made history when it introduced a gay couple in the premiere episode of its third season, "Challenge of the Senior Junior Woodchucks." When Huey and Violet compete for a top scouting title, Violet's doting parents can be seen cheering her on in the crowd. Both ducks are wearing matching "I'm With Dad" shirts. So cute!

In 2018, 20th Century Fox made history with the release of "Love, Simon," the first film by a major Hollywood studio to focus on a gay teen romance. Now, Simon (portrayed by Nick Robinson) returns as narrator of the new Hulu series "Love, Victor," which chronicles the coming-out journey of a new Creekwood High student. "Love, Victor" premieres on Hulu on June 19, 2020. 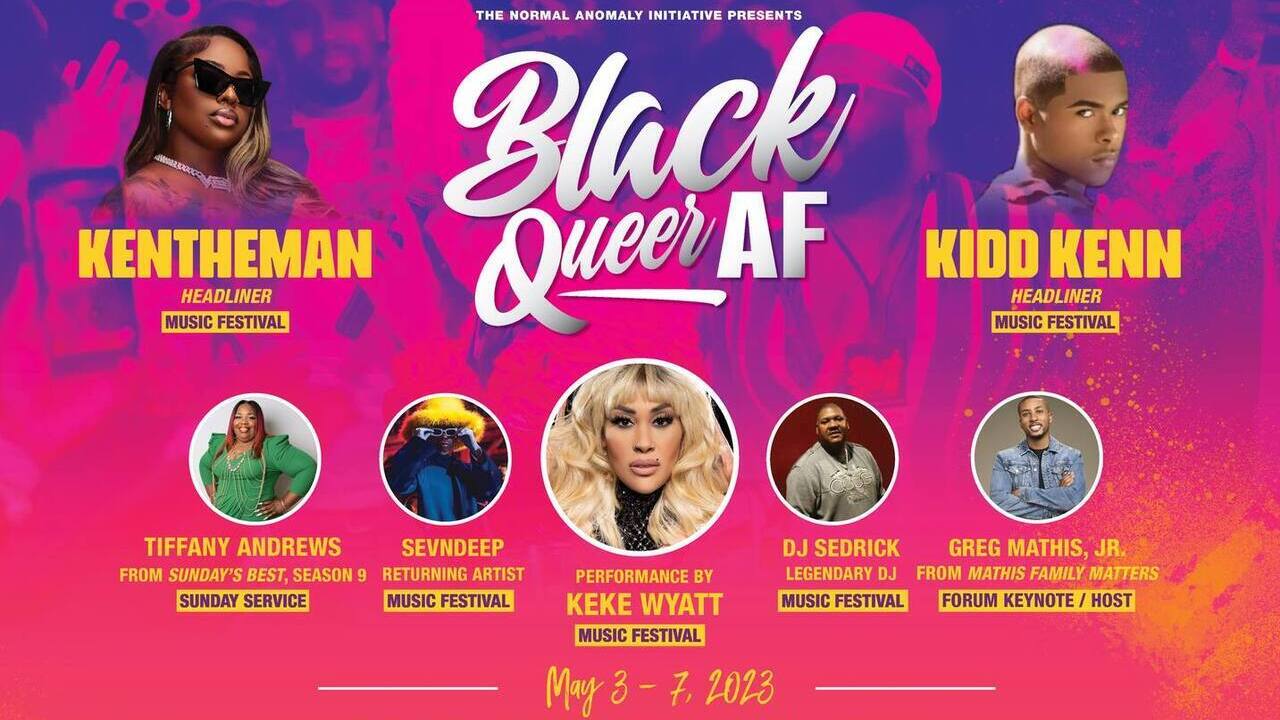 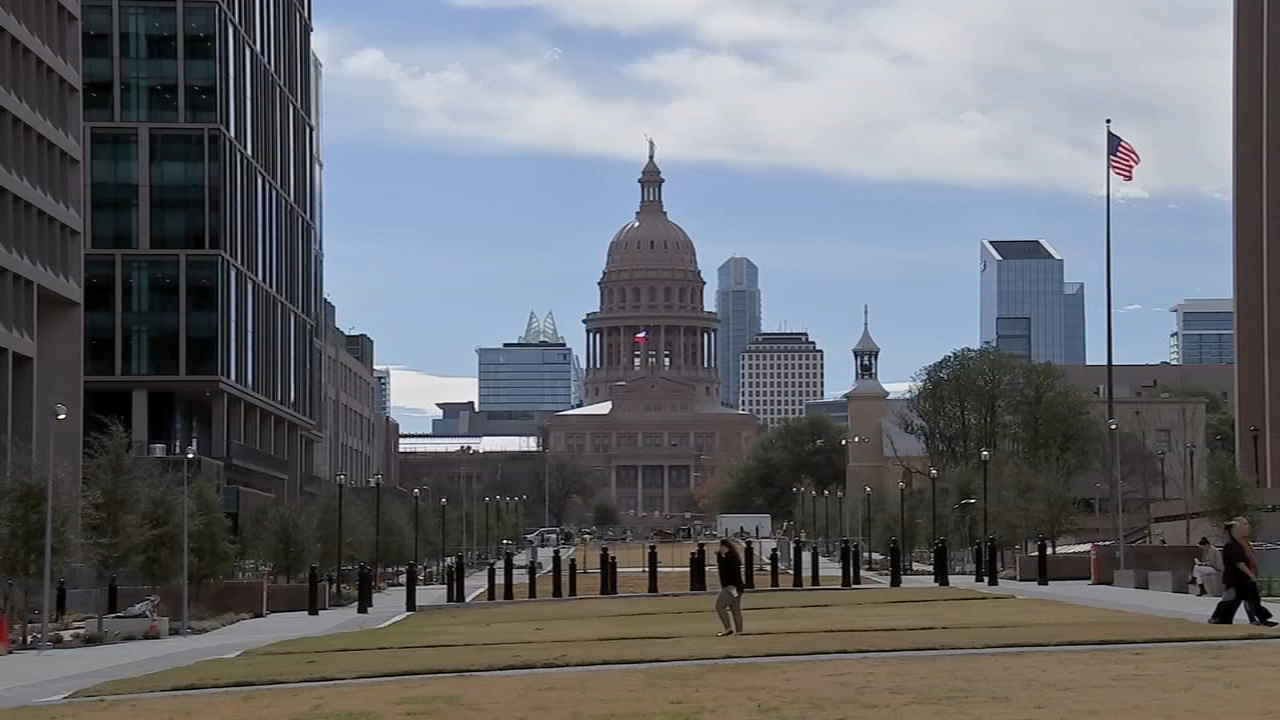