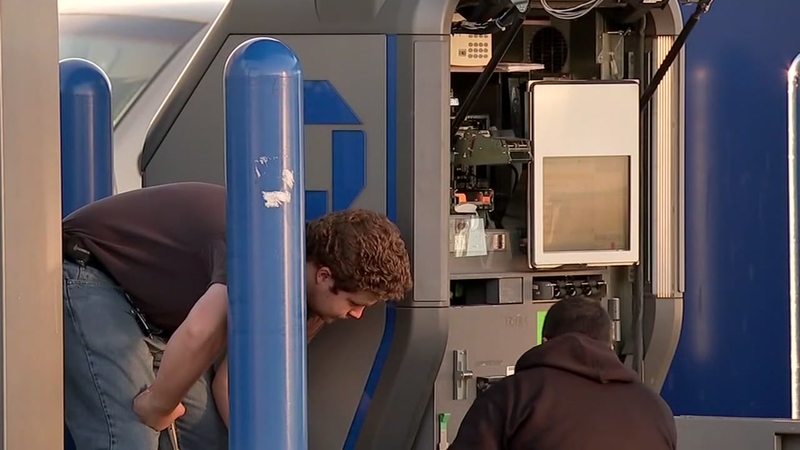 The recent rash of ATM crimes started on Nov. 25 with a hit at the location on 8855 Spring Cypress Rd.

A week later, crooks hit up the Chase ATM at Ella and 43rd, and hours after that the location on 10997 Scarsdale near Pasadena.

The latest crime at the Scarsdale location shows an escalation of violence.

The Harris County Sheriff said two men fired four to five shots at an armored truck crew, who was working to refill the ATM at the time.

Sources say the suspects got away with around $40,000.

No one was injured by the gunshots, but the ATM is now gone.

"I think that people need to be more safe because people are getting more crazy," said Jason O'Leary, who witnessed the end of the theft at the Spring Cypress location in November.

"I saw the Ford Dually taking off towards Taco Bell, dragging the chains with sparks and stuff going off. I stop and I realize that they just yanked the ATM face off, so there's money everywhere just flying around," O'Leary said.

Our cameras were rolling as Chase removed the machine from the Scarsdale location. In fact, many of the ATMs targeted have not been replaced.

We reached out to the Chase Bank, who says they are not commenting on the crimes.

Investigators have not said if these six crimes are related, but no arrests have been made.