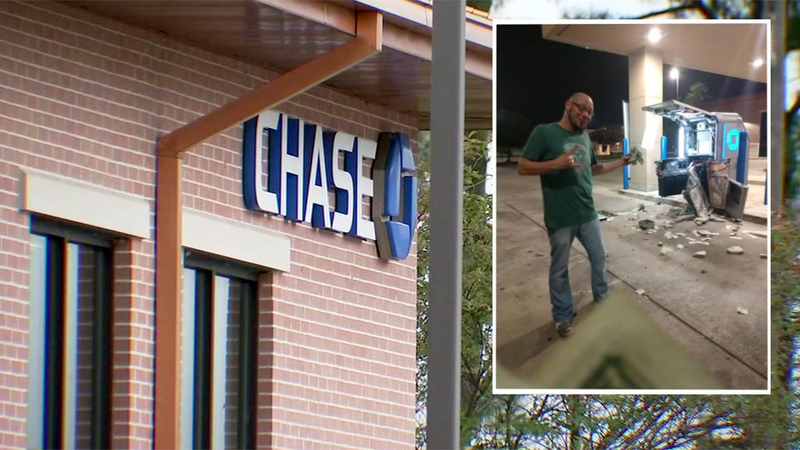 SPRING, Texas (KTRK) -- A man in Spring may have kept some thieves from making off with a lot of cash at a bank.

Jason O'Leary documented the aftermath of a ripped off ATM at Chase Bank on Spring Cypress Road.

According to him, he initially ran over thinking it was a car crash. He says when they saw him, the crooks took off and cash went flying everywhere.

He gathered up the money and called 911.

"At that moment, my adrenaline was going, so I didn't think about it," O'Leary recalled. "I pointed at them. Luckily, they didn't do anything. They could have shot us or whatever. They didn't, thank God."

He was able to provide descriptions of the vehicles to law enforcement, but couldn't make out the license plates.

The FBI is investigating the attempted heist at the Chase branch. According to the agency, there have been about 20 ATM robberies in the Houston area this year.