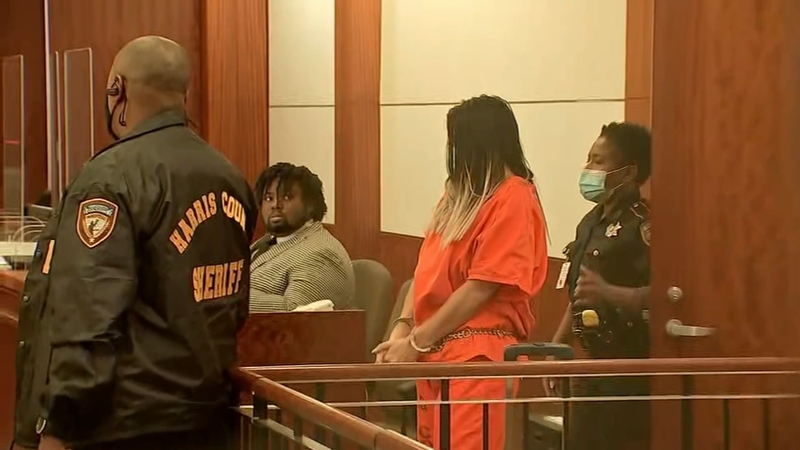 HOUSTON, Texas (KTRK) -- The woman charged in the death of 5-year-old Samuel Olson was supposed to go before a judge Thursday morning. The hearing didn't happen, and the judge was furious.

Theresa Balboa is charged with capital murder, accused of killing Samuel, who was her boyfriend's son.

The latest update in this case is that there is a mountain of evidence that the defense team now has to sift through.

The team said there is about a terabyte of information, with things like cellphone records, body camera footage, GPS location and other information from the investigation.

The defense needs time to go though it all so they can begin to build their case, and also find the experts they need to analyze all the information.

Judge Hazel Jones is asking if any more evidence may be handed over because she is trying to set a date for the next court hearing to keep things moving along.

It's been nearly one year since investigators say Samuel was brutally murdered -- allegedly by Balboa -- who was the child's father's girlfriend at the time.


The details of this case are horrific and bizarre. It was back on May 27 that Samuel was first reported missing.

At the time time, Balboa claimed a police officer had taken the child because of a custody issue.

But investigators say that's not what happened, and say evidence shows the boy was murdered weeks before he was reported missing. His body was reportedly kept in a storage unit, and his corpse was later discovered in June, inside of a plastic bin at a Jasper, Texas, motel room where Balboa was hiding out.

Balboa is facing a capital murder charge, and her attorney spoke out about the status of her case.


"There is so much discovery. Terabytes of info. Phone records, DNA, GPS. So much material," said Balboa's attorney, Anthony Osso.

Balboa was not the only one charged. Her roommate is accused of helping her hide Samuel's body and was charged with tampering with evidence.