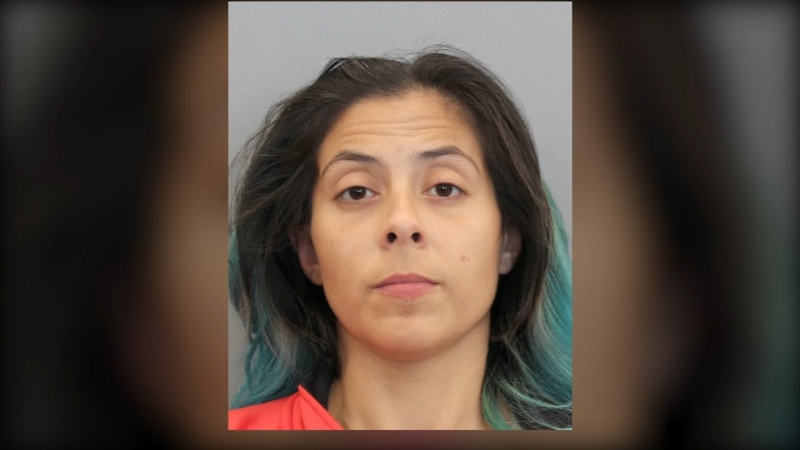 HOUSTON, Texas (KTRK) -- Theresa Balboa, who is charged in connection with the death of 5-year-old Samuel Olson, was not in a Harris County court Friday as a judge set her bond at $500,000.

Balboa arrived back in the Houston area in a Jasper County Sheriff's Office cruiser as dawn broke Friday morning. ABC13 was among the first in the city to capture the arrival.

Balboa is charged with tampering with evidence, in particular a human corpse, and she may face an upgraded count, pending an investigation.

A judge in the county's probable cause court denied Balboa a personal recognizance bond, which would have effectively released her from jail without posting bond.

If Balboa makes the bond, the judge required her to wear an electronic ankle monitor, ordered under house arrest, and banned her from unsupervised contact with a child under 17 years old.

Balboa arrived in Harris County the day after disturbing new details revealed the boy may have died weeks ago on May 10.

Balboa was not present as the charge and details of the case were read out loud. The court cited Balboa's holding at the time in the mental health unit of the jail.

So far, Balboa is the only one who has been arrested in the case of Samuel's death, but HPD said they are talking to more people, including Samuel's father, Dalton Olson.

On Thursday, newly-released court documents revealed that Dalton called police on Thursday, May 27, to report his son missing, just days before the child's 6th birthday. Dalton said Balboa had been babysitting for Samuel since April 30. That has also been confirmed as the last day that Samuel was in school.

Balboa's roommate told police that it was about May 10 when Balboa called him to say Samuel was dead. He says he came home to the apartment in the 15600 block of the Gulf Freeway and found Samuel bruised, and unresponsive on the bed.
The male roommate further told police that he and Balboa put the boy's body in the bathtub and left him there for two days.

Following a Crime Stoppers tip call, Jasper police entered the hotel room and found the body they believe to be Samuel in a plastic tote box. Houston police showed up to the motel room and said in court documents that they found Balboa in the bathroom. She told them he was in a box.
The detective noted having to pry open the lid that was held on with tie wraps and encountering the smell associated with a decomposing body.

Samuel's body was transferred to Harris County for an autopsy Thursday.