Democrats say the redistricting plans will reduce the influence of voters of color, setting up legal battles that are sure to follow.

AUSTIN, Texas (KTRK) -- The Texas Legislature has signed off on new congressional districts that shore up the GOP's dominance and yield little ground to the people of color who have driven the state's growth.

Wrapping up their work to build a decade of population change into new political maps, the Senate and House on Monday each approved a negotiated, final version of the congressional map, which will go to Republican Gov. Greg Abbott for his signature. In complete control of the redistricting process, Republicans designed a map that will tighten their hold on diversifying parts of the state where the party's grip on power was waning and lock in the GOP's majority in the 38-seat delegation for the U.S. House.

The map also incorporates two additional House seats the state gained, the most of any state in this year's reapportionment. Though Texas received those districts because of explosive population growth - 95% of it attributable to people of color - Republicans opted to give white voters effective control of both, which were drawn in the Houston and Austin areas.

Previewing the legal battles that will follow, Democrats decried the lack of adequate representation for voters of color, shunning a map that diminishes their voices instead of reflecting the state's changing racial and demographic makeup. Half of the 4 million residents the state gained in the past 10 years were Hispanic.

"What we're doing in passing this congressional map is a disservice to the people of Texas. What we're doing is hurtful to millions of Texans - it's shameful," state Rep. Rafael Anchía, the Dallas Democrat who chairs the Mexican American Legislative Caucus, told his colleagues before the vote. "I'd love to be able to say it is a stain on the legacy of voting rights, but that seems to be the playbook decade after decade after decade in this state."

The Republicans who led the redistricting process offered little defense of the maps from the Senate and House floors before the final votes. They have previously said the congressional map was drafted based on a series of "priorities," including partisanship and keeping communities of interest together. They've also argued the map complies with federal laws protecting voters of color from discrimination, though they have declined to offer specifics about their legal analysis.

But in fortifying GOP districts, the congressional map often manipulates district lines around communities of color. In some instances, Republicans drew diverse suburban areas into sprawling rural districts dominated by white voters. They reconfigured a district in the typically blue Rio Grande Valley to boost Republican performance even though the area's Hispanic voters usually don't prefer GOP candidates. And Republicans rejected repeated Democratic efforts - and pleas from members of the public - to create additional opportunities for voters of color to meaningfully influence elections.

Those efforts focused in part on North Texas, where Hispanics make up the largest portion of Dallas County's population and where the white population declined over the last decade.

During the Senate's first debate over the map earlier this month, state Sen. Joan Huffman, the Houston Republican who led the Senate's redistricting process, told her colleagues her team had seen "no strong basis in evidence" to create a new opportunity district for voters of color.

The 2020 census showed that the state's white and Hispanic populations are nearly equal in size. The white population increased by just 187,252 over the last 10 years while the state gained nearly 11 Hispanic residents for every additional white resident.

This year's political mapmaking marks the first time in nearly half a century that Texas lawmakers are free to redraw the state's maps without federal oversight meant to protect voters of color from discrimination. But like the maps for the statehouse, the congressional map has already drawn a legal challenge.

Throughout their path to the governor's desk, civil rights groups and redistricting experts repeatedly alerted lawmakers that their proposals would undermine the electoral strength of voters of color and raise issues under the Voting Rights Act and the U.S. Constitution, which prohibits discrimination based on race. The Legislature's long history of violating those protections includes the last round of redistricting in 2011, when lawmakers were found to have intentionally discriminated against Hispanic and Black voters in their mapmaking.

On the partisan front, the GOP appeared to prioritize using the redraw following the 2020 census to protect incumbents instead of aggressively running up the party's numbers.

In narrowing the battlefield of competitive races, the map also benefits incumbent Democratic members of Congress. Based on 2020 presidential election results, if the map had been in place at the time, there would have been only one district in the state - the 15th Congressional District in South Texas - with a margin of victory between Donald Trump and Joe Biden of less than five points.

The state's current delegation consists of 23 Republicans and 13 Democrats. The new map increases the number of districts that would have voted for Donald Trump in 2020 from 22 to 25. Statewide, Trump got 52.1% of the vote.

MORE: Why the person you voted for in 2020 could change next year

Republicans carved a new path for the party in CD-15, anchored in the Rio Grande Valley, by flipping it from a district that Biden narrowly won to one that Trump would've carried by 2.8 points. That shores up neighboring CD-34, which was unexpectedly close in 2020 but would have had a healthy Democratic margin of victory under the new map. The final version of the map draws CD-15 incumbent, U.S. Rep. Vicente Gonzalez, D-McAllen, into the reconfigured CD-34 where the incumbent is retiring.

WHAT TO KNOW: Texas 2021 redistricting process will impact state politics for the next 10 years

The House undid that pairing over the weekend, following outcry from Jackson Lee's constituents who spoke against the change in large numbers during a public hearing. Both lawmakers also came to the Capitol to oppose the configuration. 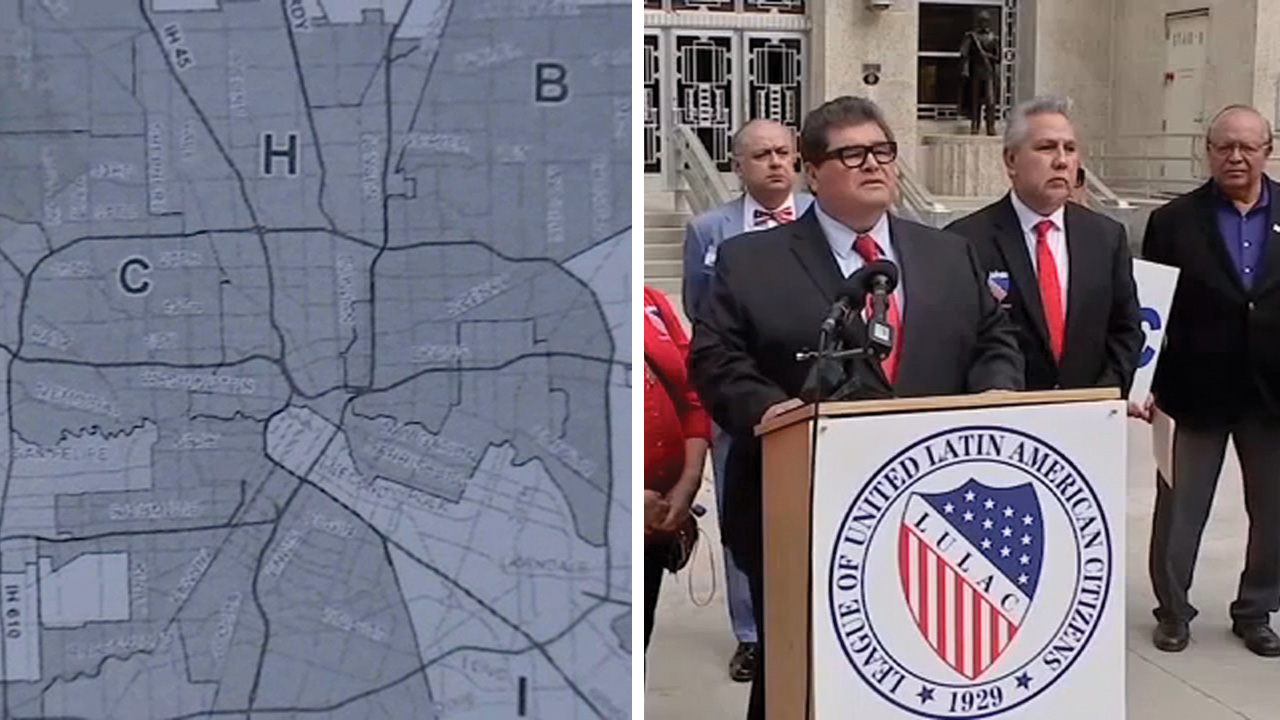