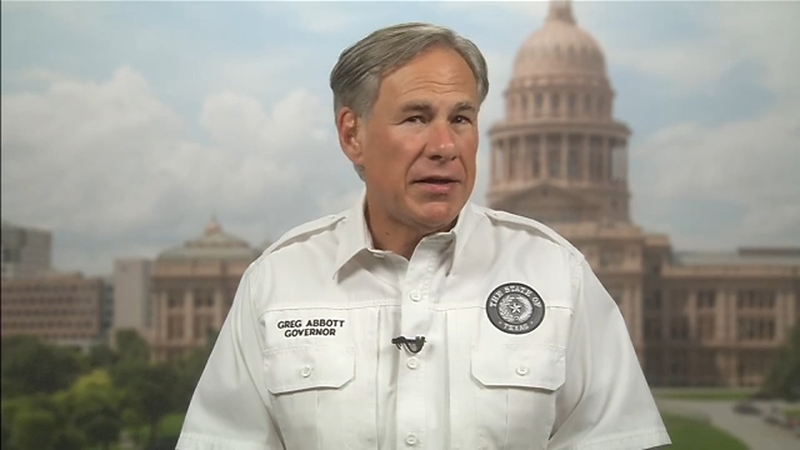 AUSTIN, Texas (KTRK) -- Governor Greg Abbott is asking Texans, including elected officials, to sign a "Back The Blue" pledge and oppose "defunding" police departments across the state.

He will also propose "broad strokes" for legislation related to police funding that he hopes the legislature will take up in the 2021 session.

Here is a breakdown of what race gets pulled over and searched the most.

The announcement, through the governor's reelection campaign and not his official office, will happen on Thursday, Sept. 10 at 2 p.m. at the Austin Police Association. Speaker of the Texas House of Representatives Dennis Bonnin and Attorney General Ken Paxton are also expected to attend.

Gov. Abbott has previously said the state might consider a takeover of the Austin Police Department after the city council removed a third of the department's budget.

Calls for "defunding" police departments have gained momentum since the death of Houstonian George Floyd at the hands of Minneapolis Police.

"Defund the police" is a slogan that supports removing funds from police depts. and directing them toward other services.

Supporters of the movement claim it provides better crime deterrents, while opponents say reductions in law enforcement budgets will result in more victims and crimes.