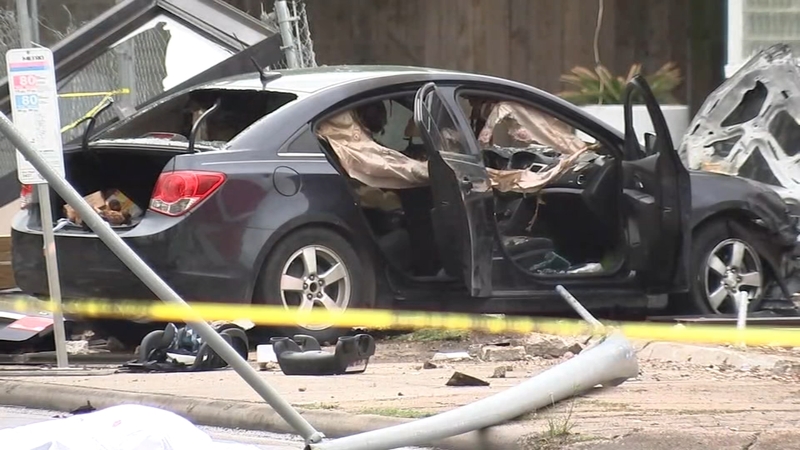 HOUSTON, Texas (KTRK) -- A 19-year-old teen pedestrian was killed in a hit-and-run in southeast Houston on Saturday morning, according to Houston Police Department's Lieutenant Carlos Miller.

The crash happened at about 11:52 a.m. as the teen was crossing Martin Luther King Boulevard with another pedestrian, police say.

A black Chevy Cruze was driving northbound struck and killed the 19-year-old. The teenager died at the scene.

The 20-year-old driver continued driving and crashed into a light pole causing the vehicle to catch fire with a 2-year-old in the backseat.

Miller said it's unclear if speed or alcohol was a factor in the crash.