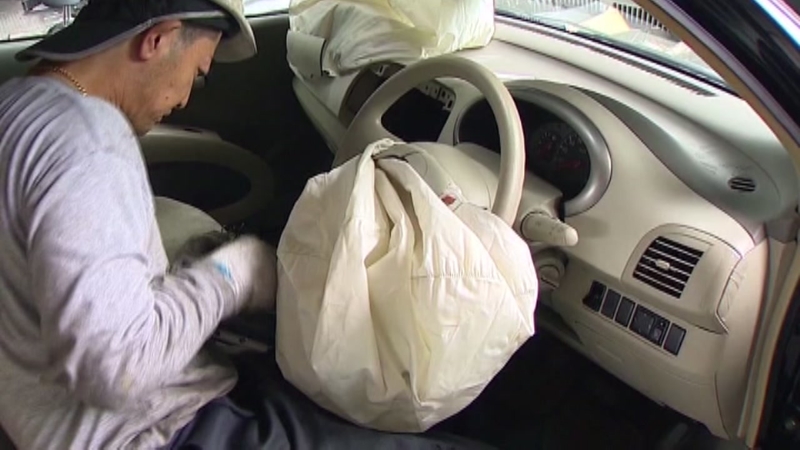 The new recalls come after Takata revealed that another 3.3 million inflators are defective. The latest recalls are part of the largest series of automotive recalls in U.S. history, with 19 automakers having to recall up to 69 million inflators in 42 million vehicles. The problem brought a criminal conviction and fine against Takata and forced the Japanese company into bankruptcy protection.

Takata's inflators can explode with too much force and hurl shrapnel into the vehicle. At least 20 people have died worldwide and more than 280 have been hurt.

Toyota says it's recalling an additional 601,000 vehicles in the U.S. Owners will be notified by March and dealers will replace front passenger inflators or air bag assemblies.

- Gold Wing motorcycles with optional air bags from the 2009-2016 model years. Honda noted that there have been no air bag ruptures reported on any Honda motorcycles globally.