After only selling $6 worth, this Humble dad now has booming taco truck thanks to tweets 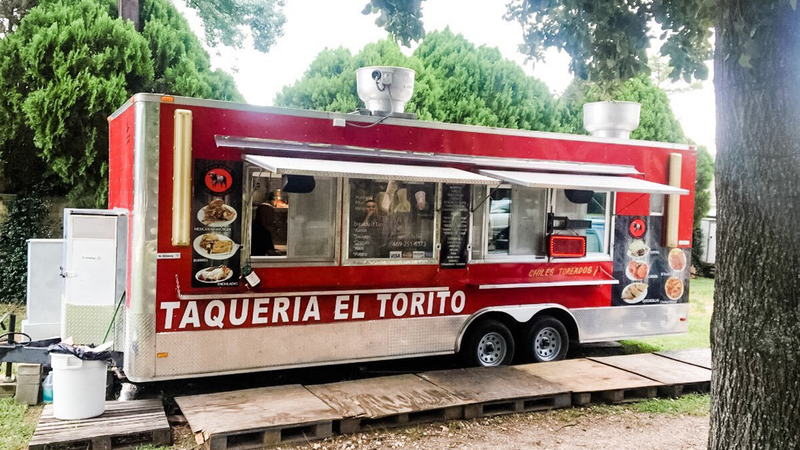 HUMBLE, Texas (KTRK) -- A 21-year-old used the power of Twitter to help bring business to her dad's taco truck in Humble.

A young woman named Giselle first made the plea for their taco truck Taqueria El Torito on Saturday, saying that her dad Elias's business is struggling and he only sold $6 worth of food.

"If you could retweet, I would appreciate you so much," she wrote.

Hey Twitter!! I wouldn’t normally do this, but my dad’s taco truck business is struggling, he only sold $6 today. If you could retweet, I would appreciate you so much!! 💕

My dad doesn’t take the best food pictures, but he tries his best! 💕💕💕 I promise his food is fire 🔥🔥🔥

Well, it turns out, maybe the taco truck just needed a little Twitter love to get going.

As of this writing, the tweet has received nearly 8,000 retweets and nearly 7,000 likes.

Then the next day, Sunday, Giselle said that though her dad doesn't understand social media, "he does want to let everyone know that he is so grateful for everyone who is spreading the word."

"Thank you for bringing a smile to his face," she continued, explaining that COVID-19 has been a nightmare for small businesses.

My dad doesn’t understand social media but he does want to let everyone know that he is so grateful for everyone who is spreading the word 💕💕 Thank you for bringing a smile to his face, covid has been a nightmare for small businesses pic.twitter.com/TrSSI2ufx7

Still, Giselle told ABC13 her request was so successful, Elias sold out of everything at 2 p.m. Monday and had to close early.

The taco truck is located at 8740 FM 1960 in Humble, and plans to reopen Tuesday morning.

I literally thought this truck was gone. Was my fav truck when it was by Starbucks. Tacos were bomb. I had no idea it moved or where it moved to. I will stop by next time Im in Humble. Help your dad with marketing.

What ana amazing thing you did for your dad. I re-tweeted and you have my commitment to visit and have your dads amazing food next time i am in Houston :) I will bring my family. Be ready. Because we like to EAT!! God Bless you Giselle 🙏

We’ve been looking for these tacos for the LONGEST time! Can’t wait to go again, best tacos ever 👌🏻

Giselle's message was even felt beyond Texas.

Is there a place we can send money to? I don't live in Texas but I would love to help support him.

I wish i could support it from the UK, let us know if he starts something we can send money to.

Even ABC13 reporter and anchor Mayra Moreno gave Giselle a shout-out, asking that the public help out a local Hispanic business.

Tomorrow is the start of #HispanicHeritageMonth

To those that can: Let’s give back!

Giselle has also started an Instagram page for her dad's taco truck. The truck is open Monday through Saturday, from 8 a.m. to 8 p.m.

Social media once again shows us how powerful and helpful it can be.