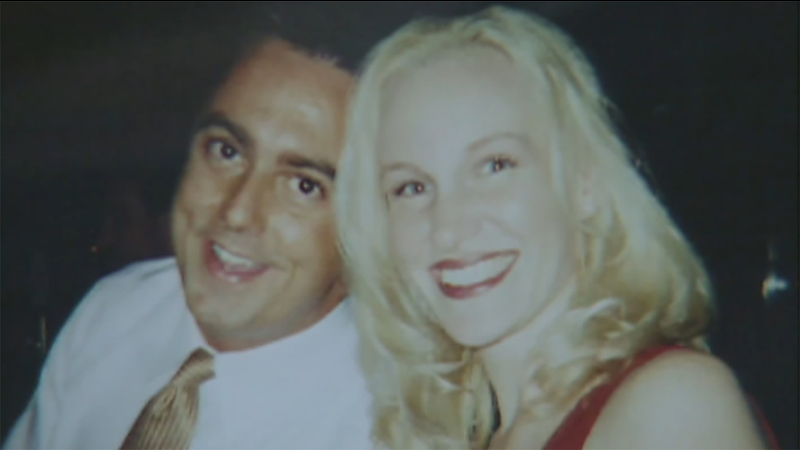 Susan Wright, the woman convicted of stabbing her husband Jeff Wright 193 times in 2003, has been released from prison on parole.

Wright was released from the Lane Murray Unit in Gatesville, Texas at 9:30 a.m. Wednesday and arrived home in Harris County in the early afternoon. She served more than 16 years of a 20-year sentence.

Wright is 44. She was sentenced when she was 27. A family member told ABC13, "I think she has paid her debt to society and deserves a second chance."

The housewife and mother was convicted in 2004 after prosecutors said she stabbed her husband Jeff as he was tied to their bed, before burying his body in a hole he had dug for a fountain. She claimed self-defense after years of abuse.

In an interview with retired District Court Judge Jim Wallace, he says he's never experienced anything quite like the Susan Wright murder trial, and he hopes 16 years behind bars can help her become a "productive member of society."

"I would say theater. Maybe a circus," Wallace said in an interview Wednesday morning. "There was a lot of discussion about bringing in the bed."

The prosecution won that battle and used it to re-enact the murder. Wright even took the stand in her defense.

Watch the continuation of Susan Wright's testimony, as she tearfully described the night she killed her husband and disposed of his body.

ABC13 Anchor Emeritus Dave Ward takes us back to when he covered the Susan Wright case, one he calls something out of an Alfred Hitchcock film. "I just hope we don't have to see anything like that again," he said. Watch the full interview in the video above.

The entire way, her family stood by her. Jeff's family was just as adamant that he did not abuse his wife.

Until February 2024, Wright has to adhere to strict parole conditions. She has to attend anger control counseling and training, and she must have a job. She cannot leave Texas and must wear a GPS monitor. She is under super-intensive supervision, the highest level, according to a spokesman for the Texas Board of Pardons and Paroles.

A family member says Wright has had no communication with her two children, who were adopted by their paternal uncle.

Wallace says the trial was memorable and is hopeful about her future.

"Great prosecutors, a great defense team. How could you have a more interesting trial or interesting case than that one," he said. "Hopefully 16 years has changed her and she'll be finally a productive member of society."

Jeff Wright's brother told ABC13 his family was aware of her release but added that they have moved on.