Groom late to wedding after getting stuck in elevator, asks hotel for compensation

The groom let family and friends know what was happening through texts, but nobody wanted to upset the bride.
KTRK
By Nic Garcia 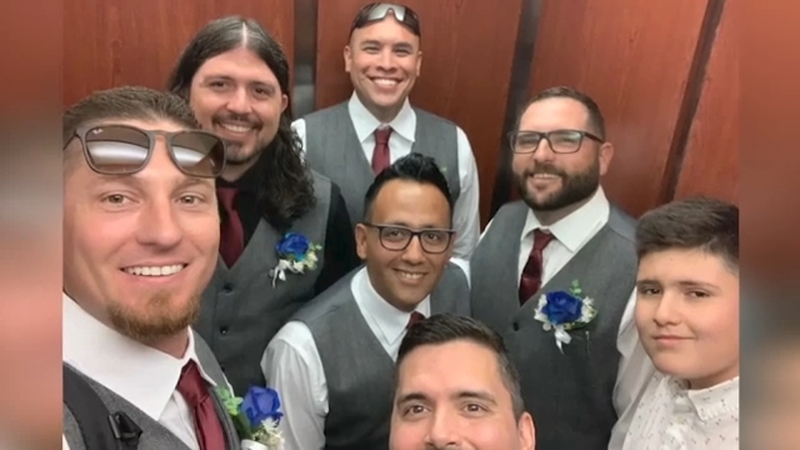 Fresno man late to his wedding after getting stuck in elevator

FRESNO, California -- It was supposed to be the happiest day of their lives for one California couple - and it was, even though the groom was an hour-and-a-half late to the altar.

Misty and Brandon Valdez tied the knot on Saturday in Clovis, Fresno County, but not before Brandon and his groomsmen got tied down -- stuck in an elevator.

"As soon as we go to leave and get into the elevator just to go down from the third floor, about halfway down - a jolt. We knew immediately something was a little bit off," Brandon said.

It happened inside the Best Western Clovis Cole.

Valdez let family and friends know what was happening through texts, but nobody wanted to upset the bride.

The priest eventually broke the news to Misty why her groom was running late.

Within minutes of getting trapped, the Clovis Fire Department was called to help rescue the groom and six others.

"The only thing we could do was just laugh it off at that point," Brandon said.

A funny story now, but it also came at a cost.

"This was the most important day of our lives and we missed some of that time that we're not going to get back," Misty said.

The couple had to skip family photos at the church before the reception.

They say hotel management told them the elevator problem was out of their hands. But the couple disagrees and would like some kind of compensation for the inconvenience.

"I don't think we're asking for much. At the least a discount, nothing major," Misty said.

The couple says the hotel did offer them a discount on a future stay, but as locals, they say they don't really need or want that.