GATLINBURG, Tennessee (KTRK) -- A grand jury in Walker County, Texas handed down an indictment Wednesday for the former president of USA Gymnastics.

Steve Penny is accused of tampering with evidence related to allegations of sexual assault against Dr. Larry Nassar, the team's former doctor. 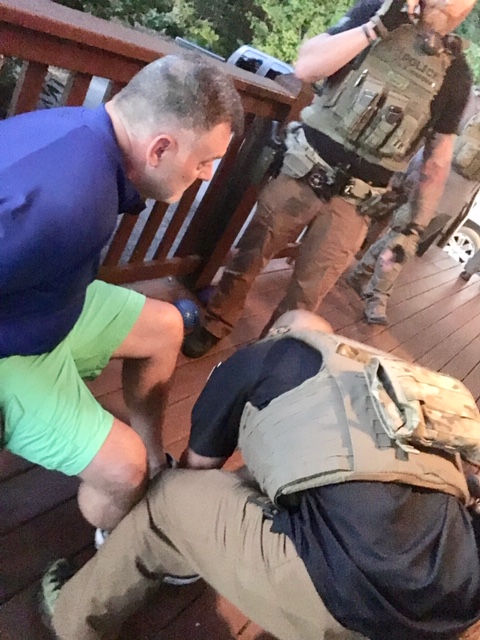 This photo, released by the U.S. Marshals' office, shows the arrest of former USA Gymnastics president Steve Penny in Tennessee.

According to the indictment, Penny ordered the removal of documents from the Karolyi Ranch that were related to Nassar's activities.

The indictment alleges Penny had the documents destroyed or hidden in an effort to impair the investigation by the Texas Rangers and the Walker County Sheriff's Office.

Several sources told authorities the documents were delivered to Penny at USAG headquarters in Indianapolis, Indiana. The records have not been recovered since.

On Feb. 5, Nassar was sentenced to a third prison term of 40 to 125 years behind bars. He had already been sentenced to 40 to 175 years in prison in another county, and to a 60-year federal term for child pornography crimes.

'Grant me 5 minutes in a locked room with this demon': What Randall Margraves said before lunging at Larry Nassar