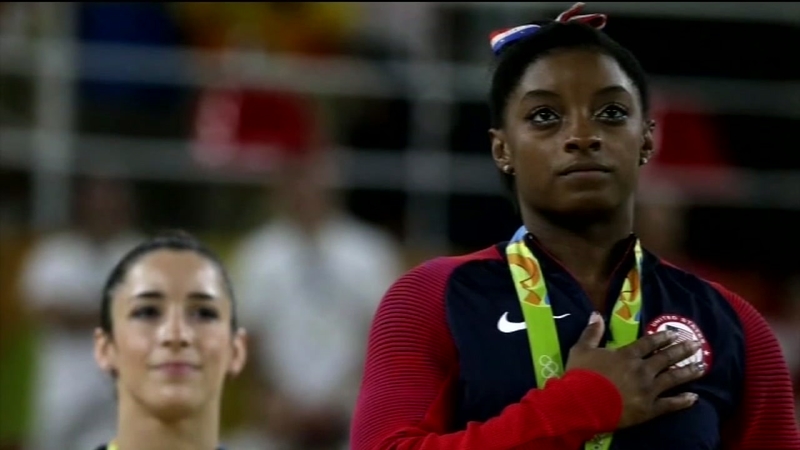 HOUSTON, Texas (KTRK) -- The 40-175 year sentence of Dr. Larry Nassar sent shockwaves across the country, making waves well beyond the world of gymnastics.

"In prison, he'll either kill himself or get killed. I know that sounds really cold and harsh, but I don't give him long in prison," sport performance consultant Robert Andrews said.

Andrews has worked with many abused gymnasts. He clearly has strong feelings about what he calls a culture of abuse in the gymnastics field that allowed Nassar to prey on victims.

"I've worked with girls whose coaches would make them crawl around the floor on all fours oinking like pig because they weighed in more than they were supposed to weigh in. Parents didn't do anything about it because this gym produced national team athletes," he said.

USA Gymnastics announced it is cutting ties with the Karolyi Ranch outside of Huntsville, Texas. The facility was known as a powerhouse for training, but some of Nassar's many accusers, including Simone Biles, expressed dismay at having to return to the facility where Nassar operated.

The Walker County Sheriff's Office confirmed it has an undisclosed type of investigation at the center.

"There's been so much going on up there [at the Karolyi Ranch], and I think we just need to trash it and start over," Andrews said.

He believes sexual crimes are an escalation of broader abuse that's been tolerated in the sport for decades.

"It's psychological warfare, abuse, neglect, degradation, humiliation, shaming. Turning their back on these athletes," he said.

So-called tough coaching tactics are seen as an avenue to create elite athletes, but they actually created an atmosphere of silence and fear where a predator like Nassar could operate, Andrews said.

"If you speak up, there are dire consequences," Andrews said.

Thanks to brave women and girls who've come forward, Andrews has hope that the sport can turn around.

He said there are warning signs all parents can take away from this. Whether it's athletics, music or otherwise, he suggests looking for red flags. These symptoms include: