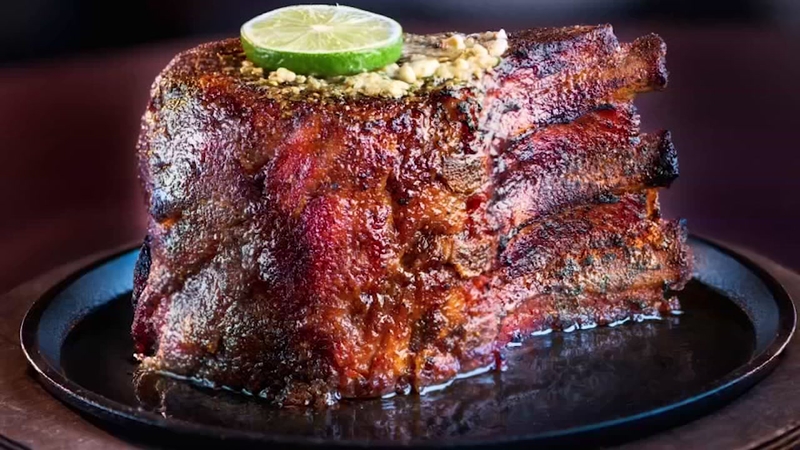 HOUSTON, Texas -- The wait for the River Oaks location of Perry's Steakhouse & Grille is over. The steakhouse will open to the public on Feb. 11, the restaurant announced.

Over a year in development, the approximately 12,000-square-foot restaurant will occupy both the former California Pizza Kitchen and second-story Baker Street Pub in the River Oaks Shopping Center at 1997 West Gray St.

Opening its first location in the Houston city limits serves as an opportunity to take a closer look at Perry's. The restaurant has come a long way since owner Chris Perry opened his first location on Bay Area Boulevard in 1992 as an evolution of his father's butcher shop.