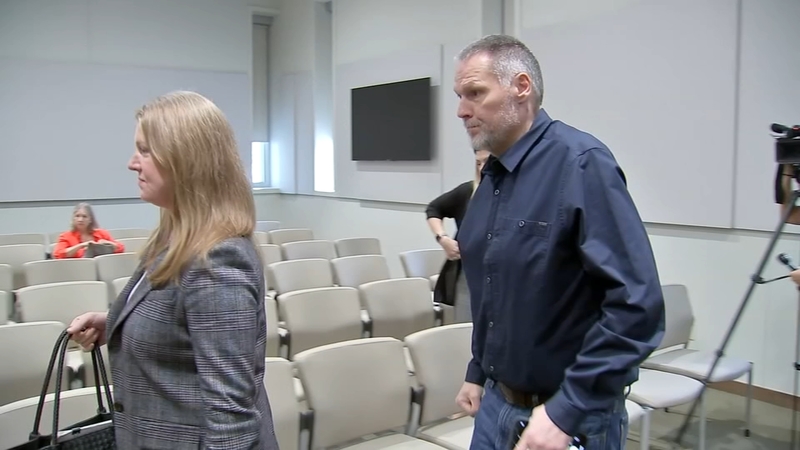 SPRING VALLEY VILLAGE, Texas (KTRK) -- Spring Valley Village, an enclave within west Houston that is home to some 4,300 people, will part ways with its police chief, whom city officials said authorized nearly $300,000 in overtime pay to himself.

The fate of Chief Loyd Evans was determined during a city council meeting Tuesday, where the town reached an agreement in principle for Evans' departure.

It wasn't immediately known when the move would be official, but Spring Valley Village officials expected it to come either later in the day or in the coming days. For now, the chief remains technically on paid administrative leave.

After the two-hour closed-door meeting, Evans went on to shake the hands of every council member.

"We have an agreement in principle, and obviously the lawyers are taking care of things," said Mayor Marcus Vjados, adding the City Council will be looking at better oversight of payments to all employees once this issue is settled. "As part of that whole process, we will be discussing that going forward. (Tuesday) was just, we're not finished with that process."

Evans has been silent since he was placed on paid leave following a special council meeting on April 1. He chose not to speak after Tuesday's meeting.

We are still waiting for details of the exit agreement between Spring Valley & its Police Chief Loyd Evan’s. Safe to say his days in the department is over, though exact timing is uncertain #abc13 https://t.co/4kmScwoIFL pic.twitter.com/6AW05zp19E

The revelation of alleged misuse of hundreds of thousands of dollars came when officials said the mayor requested accounting records as he was considering pay raises for Spring Valley Village staffers.

For Evans' part, the chief's attorney insisted that the overtime is justified, and that they can prove it is proper and legal.

"I can tell you I'm not concerned of anything criminal in nature," said Amanda Bolin, Evans' attorney. "I do not believe Chief (Loyd) Evans has done anything wrong and I think that will come to light when this agreement is disclosed."