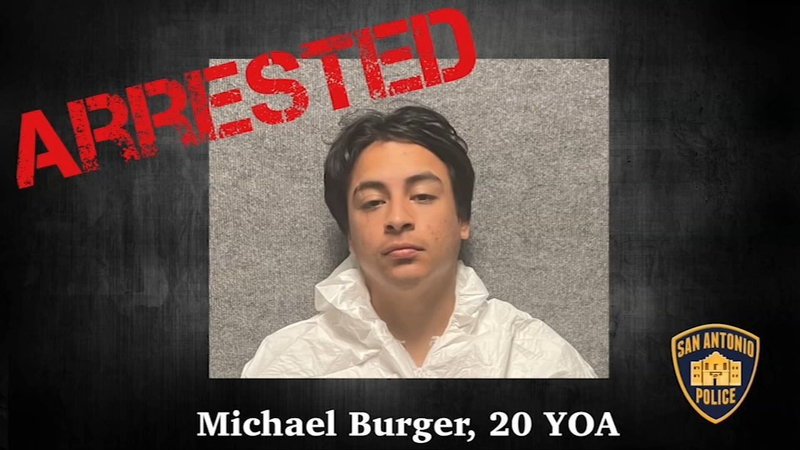 Officers responded to the 3800 block of Parkdale St. in San Antonio after hearing several gunshots on Sunday, according to SAPD.

When the first officer arrived, 20-year-old Michael Burger was armed with an assault rifle and a shotgun, police say.

On 02/20/22, Officers responded to the 3800 block of Parkdale St. after hearing several gunshots. When the first officer arrived, Burger was armed with an assault rifle and a shotgun. The officer also observed two deceased victims outside the apartment. pic.twitter.com/8ZveVFZTX7

According to officials, a man and woman were found dead outside the apartment. The man was identified as William "Bill" Burger, an assistant principal for the past 11 years with Spring Branch ISD. The woman was Noreen Burger, who retired in 2020 after working with the district for 25 years.

The officer gave several commands for Michael Burger to drop his weapons before firing his duty weapon. Michael Burger was not struck and was quickly taken into custody. He faces one count of capital murder.

Spring Branch ISD wrote in a statement, "Our hearts are heavy."