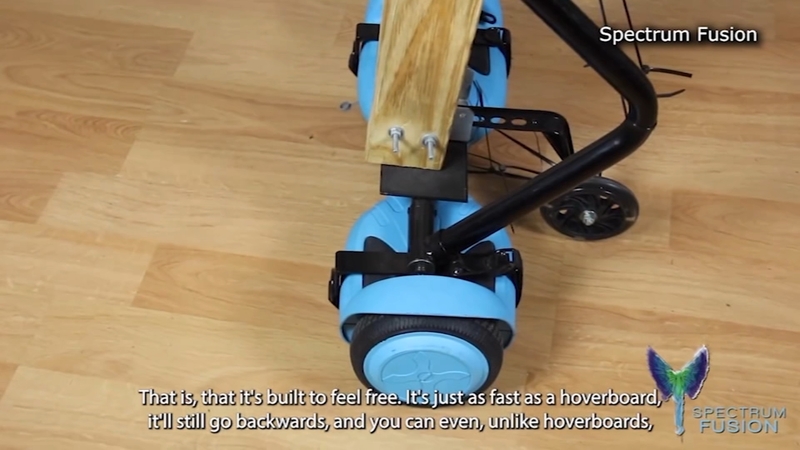 HOUSTON, Texas (KTRK) -- About 1 to 2% of people are on the autism spectrum, and many of them are unemployed, or incredibly underemployed.

But a group of adults is getting ready to pitch ideas and abilities to a panel of experts during an event they're calling a combination of shark tank and a think tank.


Michael Sheiman is an inventor. He's also on the autism spectrum.

His most recent product is a $100 conversion kit that can turn a hoverboard into a modified wheelchair. His daughter's gymnastics injury inspired his invention.

"When you get stuck with a really complex situation, I think there's a special type of creativity that comes from having to face it," Sheiman said.

Sheiman is a software engineer, but like so many with autism, he's had trouble finding jobs.

"Eighty-five percent of adults on the spectrum are unemployed, and that's awful because, needless to say, I do think they have skills to offer," explained Dr. Heidi Stieglitz Ham, the Founder/CEO of the nonprofit Spectrum Fusion.

On April 7, a group of neurodiverse adults will be presenting business plans to a panel of job creators and employers at Rice University's BRC Auditorium. They're hoping to land jobs and internships after the presentations, showing employers that what so many consider a disability often carries unique abilities and perspectives.


"Everybody has a skill, and it's not really fair to just brush people off because they don't have a certain one," said Spectrum Fusion Content Creator Rhys Griffin. "They have skills somewhere. You just (got to) give them a chance to show it."

"At my other jobs, there has always been at least one person who thinks I'm just a little slow or developmentally challenged, which is not really accurate," said John Karl Barth, a Spectrum Fusion videography intern. "Autism is a misunderstood condition by many people."

"It's like somebody is picking goals on the side that you don't know about and judging you by them, and that's what it feels like," Sheiman said.

For so many on the autism spectrum, life is richer because of it.

"I also think yes, it would be easier. I would be a lot more relaxed," Sheiman said. "It would also be incredibly boring, so yes, I wouldn't give it up."