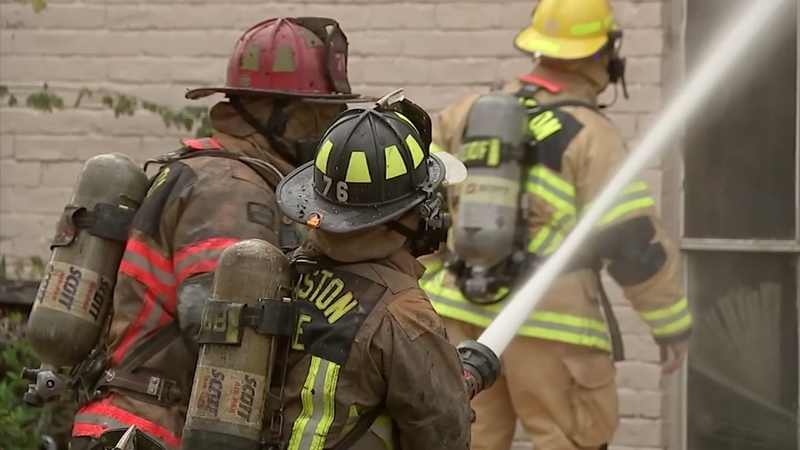 HOUSTON, Texas (KTRK) -- Four Houston firefighters spent their first night in a Houston hotel under quarantine after contact with a COVID-19 patient.

The four were ordered to isolate after a 'medium/high risk' contact with a potential patient. Two of the four are showing symptoms and are being tested for COVID-19, a source with the firefighter's union told ABC13 on Monday.

In a sign that the novel coronavirus continues to move faster than leaders can react, the hotel rooms were secured in a late night shuffle by senior leaders of the Houston fire department. City emails reveal it wasn't wrapped up until early Sunday morning.

"Four firefighters who were exposed to COVID-19 stated they were unable to quarantine at home," Houston Fire Chief Sam Pena tells ABC13. "Immediate accommodations were secured by the Fire Department for those employees as the city of Houston works diligently on entering into a greater facility agreement to assist personnel that are not able to home quarantine. That agreement is expected to be finalized in the near future."

None of the four is positive for the illness, but based on CDC and department guidelines, contact with a positive patient requires self-monitoring under quarantine. If it can be done in a separate bedroom in a firefighter's home, that is suitable. If that cannot be done, the fire fighter needs to quarantine outside the home. That is the situation in at least four cases.

Sunday morning, Pena told ABC13, "The safety of our firefighters and their families is my concern. I personally secured the location on behalf of the city and we've provided them with hot food this morning. Infection control doctors will be monitoring them per CDC guidelines until they are released back to work."

"The city's response has been slow and chaotic. The fire chief has expressed his desire, but apparently has no authority to resolve anything," firefighter union President Marty Lancton told ABC13 Sunday morning. "We've been asking for testing and quarantine guidance for weeks."

City officials had been working for days to lease a suitable quarantine location, but city emails show no lease had been finalized.

On Thursday morning, leaders in the City of Houston's Homeland Security Office began discussing with the Mayor's Office the need for a quarantine location outside first responders' homes. At that time, no first responder needed it but it was suggested as a precaution. Emails show the city was working on securing a lease for such a facility through the end of the work week.

By Saturday night around 9:00 p.m., the need arose before the lease was signed. Emails between the city and firefighter's union show a scramble to secure the accommodations.

Without a location secured and four firefighters ordered to quarantine by HFD's Infection Control, the Houston Professional Firefighter's Association tells ABC13 it initially paid for rooms in one hotel.