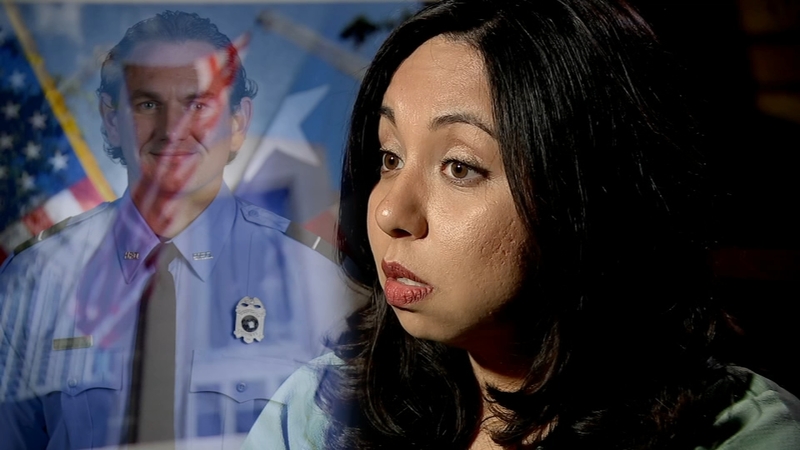 HOUSTON, Texas (KTRK) -- After coming to the United States from Mexico City as a teenager in 2001, Jessica Stavinoha worked for years to get to the day she was set to be sworn in as a U.S. citizen.

Stavinoha told 13 Investigates' Ted Oberg recently that getting to the end of the process was a relief. "It was like good, now I can go do something for myself and give back to the country."

Stavinoha and her husband worked to gather referral letters from friends, documents of all kinds and pass a 100-question history and civics citizenship test.

When she passed that test in September, her husband was one of the first people she told, "I passed my test." She said, "He's like, 'I told you, I don't know why you're so worried about.' He was so happy."

Stavinoha was scheduled to be sworn in a month later.

But then the unthinkable happened. The man she fell in love with, married, studied and celebrated with - her husband, Houston firefighter Ken Stavinoha, died suddenly and absolutely unexpectedly while on the job at Station 27 on Sept. 21. The two had been together since 2005 and got married in 2012.

Fighting back the emotion, Stavinoha told 13 Investigates, "I just didn't know I was going to lose him."

Four weeks after her husband passed, still grieving, she arrived at what she thought would be her swearing-in ceremony as a U.S. citizen. She was surrounded by her husband's former colleagues, including Houston Fire Chief Sam Pena.

As she checked in that morning, a U.S. Citizenship and Immigration Services clerk told her, "There was a problem with it since my husband passed away."

Immigration authorities explained that when she applied, she was married to a U.S. citizen. Because he died, the clerk said her approval was no longer valid. In the eyes of U.S. law, her husband's death annulled their marriage. Local USCIS employees spent hours asking for a variance in Houston and Washington, D.C., but it didn't work. She went home.

According to U.S. law, had she been sworn in four weeks earlier - before her husband died - it would've been fine, but not anymore.

Neither Stavinoha nor the Houston Professional Fire Fighters Association was willing to give up. Calls to her Congressman Dan Crenshaw offered an explanation, but no solution.

Stavinoha is not giving up. "I think Ken will say, 'Well, you keep on going and keep doing what you want to.' I think Ken will be so proud of me if I become something better than what I was not."

She got her green card in 2015 and is a permanent legal resident. She's not in danger of deportation, but now has to reapply for citizenship on her own merit months from now. She remains hopeful the process will allow her to complete the dream she and husband started, but is uncertain of how it will unfold.