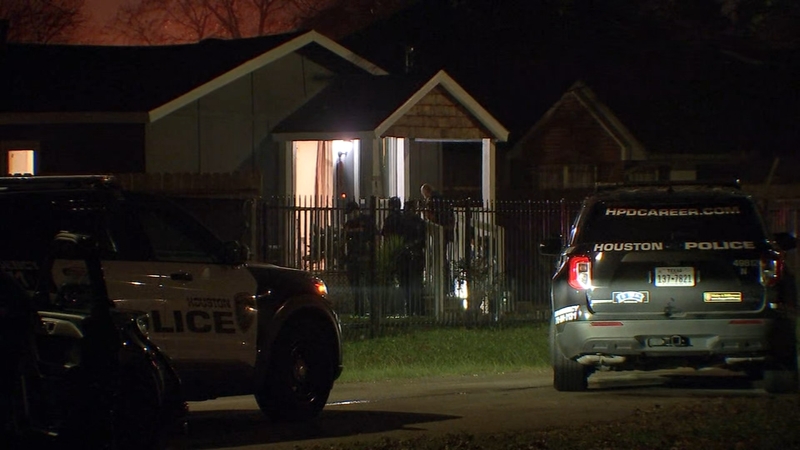 HOUSTON, Texas (KTRK) -- A man was arrested early Tuesday morning after shots were fired into a neighbor's home, prompting a SWAT standoff in north Houston.

Neighbors say it is not uncommon to hear gunshots around the 1000 block of South Lane.

They confronted a group of men who were allegedly shooting rounds off around 12:30 a.m. Tuesday after three of the rounds went through a window where a child was sleeping.

When police arrived, officers said the three men refused to open a wrought iron gate. Police said the men may have been intoxicated.

Officers decided that since there were guns being used, the SWAT team needed to be called to the scene.

HPD SWAT, Negotiation Team, & PIO are responding to a scene in the 1000 block of South Lane (North Houston).

Preliminary information is a male fired shots into his neighbor's house and is now barricaded inside his own.

SWAT officers were outside the home for about an hour before one of the suspects surrendered. Police said the suspect actually climbed over the fence to surrender, claiming he couldn't open it.

Police said he is being charged with felony deadly conduct.

"There were people inside the house and they fired the weapons into that residence," Megan Howard with HPD said. "So apparently, this is an ongoing issue with the residents of this house who appear to get intoxicated and discharge firearms."

Thankfully, no one was struck by the gunfire.

Update: Suspect in custody. Media should stage at the intersection of South Lane and Knox Street. #hounews pic.twitter.com/rA2YEBzj1w

So far, only one person has been arrested, but HPD said more arrests may take place. Police said they confiscated rifles and handguns from the house.

Update to SWAT scene on South Lane. Men firing weapons in their yard. 3 shots went into a home, breaking a window to a child’s window. Suspect in custody. No injuries. #abc13 pic.twitter.com/r3j7na28AA