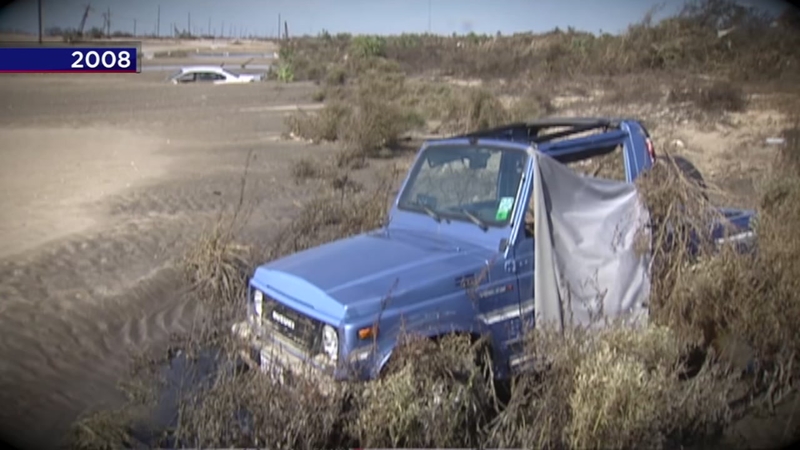 On Bolivar Peninsula, communities have slowly rebuilt since being wiped out during Hurricane Ike, but Harvey made it clear once again that when hurricanes approach, one of the first evacuation routes to flood is State Highway 87.

"They're constantly taking the sand back off the road," Simpson said.

The construction project will raise the highway from Rollover Pass to Highway 124, and also improve the gulf-side barrier.

"Raising it, it will give people a lifeline out," said Simpson. "That's how a lot of the people got trapped on Bolivar during Ike, it was that this all went underwater and people couldn't get out."

Anne Willis has lived there for decades and has seen the worst of what Mother Nature can do. She worked with the Bolivar Chamber of Commerce to make the project happen.

"Myself, during Ike, I know we were some of the last people out of here," said Willis. "We really need this for an evacuation route to get out to I-10 or go up 105."

"As we approach the one-year anniversary of Harvey, and almost 10 years since Ike, people don't forget. Every time there's a storm, here on 87 on the Bolivar Peninsula, tides will rise and people panic because water will come over the road," Austin said.

That's why Austin said "doing nothing" is no longer an option.

"This project is significant. It's going help save lives in the future and that's what we're excited about," Austin said.

The project is funded by state tax dollars and is scheduled for completion late next year.