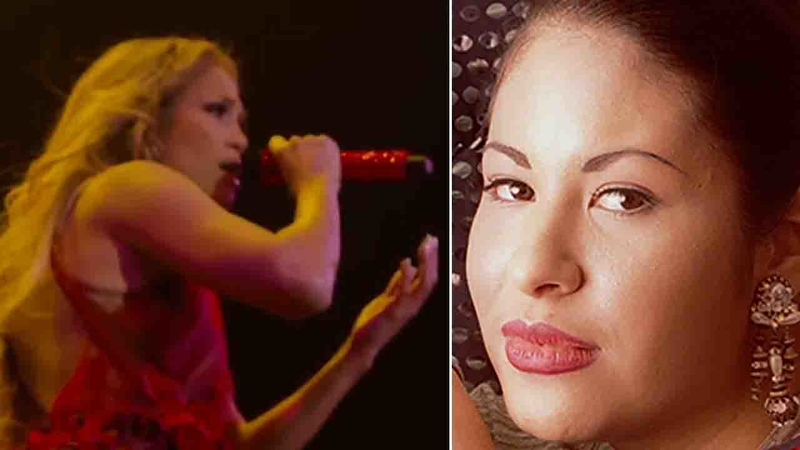 Lopez performed the hit "Si Una Vez" to the delight of fans.

"Gotta do it like Selena," she said as she started to sing in Spanish.

Jennifer Lopez paid homage to Selena during her tour stop Tuesday night in Houston, bringing things full circle for Lopez, who played the late star in the 1997 film, "Selena."

When in Texas, got to do it like Selena! Thank you so much Texas!! What a run!!! #ItsMyPartyTour #SelenaForever #SiUnaVez pic.twitter.com/7tIKLHqPl3

Lopez, who turns 50 on July 24, is currently on her "It's My Party" tour and will celebrate her birthday milestone on tour.

J.Lo honored Selena with the same song during her stop in San Antonio on June 21.

It was a special and fitting tribute as Lopez mentioned she spent time filming "Selena" in San Antonio.

Whenever I get to Texas I remember the beautiful time I spent here doing the movie Selena!! See you tonight San Antonio!! #selenaforever #selenaappreciationpost#channelingmyinnerselena #Iloveyouselena #itsmypartytour pic.twitter.com/nf9bY3SsyM

Though Selena was killed 24 years ago, her music and legacy have continued to live on for fans, including high-power performers like Lopez who keep her memory alive through performances.