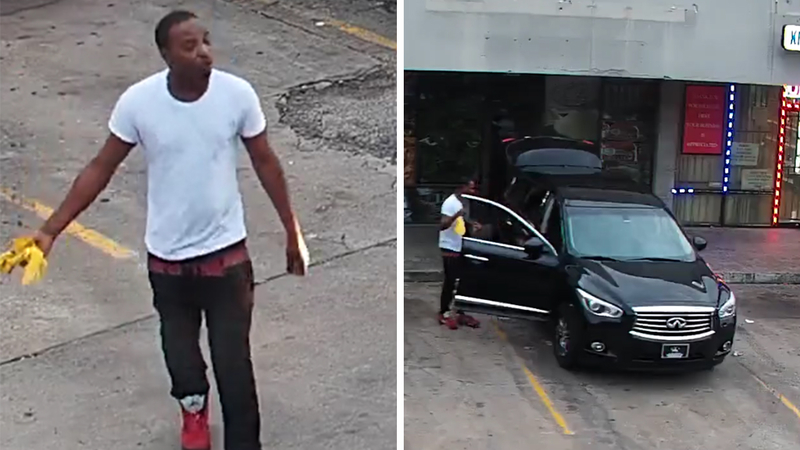 HOUSTON, Texas (KTRK) -- Houston police are searching for a person of interest after a man was fatally shot in the Westchase area last week.

Officers responded to a shooting call at a shopping strip located at 2339 South Kirkwood Road around 10:40 p.m. on May 5.

At the scene, police found the victim, identified as 29-year-old Gregory Scott, with gunshot wounds.

Westside officers are on a shooting at 2300 S Kirkwood. One victim was later pronounced deceased at an area hospital. #hounews CC9

A friend drove Scott to a nearby hospital, where he was later pronounced dead.

Police said an unknown suspect fled the scene before anyone could see who it was.

However, HPD said surveillance cameras captured a man in the area of the shooting. He isn't charged, but investigators say they want to speak with him regarding his involvement in the incident.

WANTED: This man is sought for questioning in the May 5 fatal shooting of a man at 2339 S. Kirkwood Rd.

He was last seen in a black Infinity SUV.

He is described as a Black man in his mid-20s.

The clear surveillance photos released by HPD show that he was wearing a white T-shirt, dark-colored jeans and red shoes at the time of the shooting. He was last seen in a 2018 black Infinity SUV.

Police said the motive and what exactly led up to the deadly shooting is unknown.