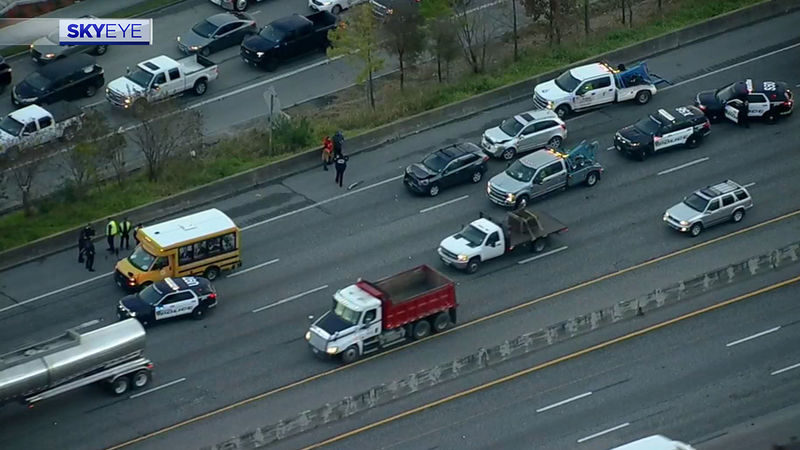 School bus crash on I-10 inbound at Mercury causing backups

HOUSTON, Texas (KTRK) -- A crash involving a school bus on the I-10 East Freeway inbound at Mercury caused delays for drivers Wednesday morning.

Houston police responded to the crash around 7 a.m.

SkyEye flew over the scene, where a small school bus from Cristo Rey Jesuit College Preparatory High School could be seen stopped in the middle of the freeway. Three other cars also appeared to be involved.

There was very little visible damage to the school bus.

SkyEye crews saw students get out of the bus and leave the area.

Following the crash, school officials told Eyewitness News that 10 students were on board when it was rear-ended, and two of them who were sitting near the back were taken to area hospitals to be checked out for minor injuries.