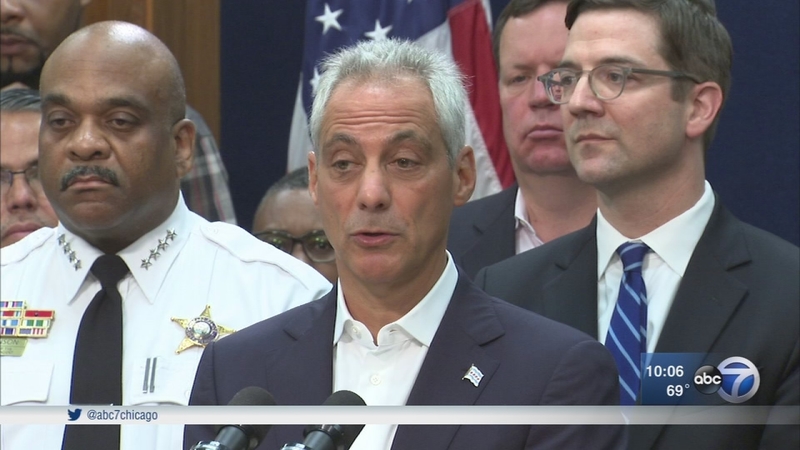 CHICAGO, Illinois -- The City of Chicago is filing a lawsuit against the U.S. Justice Department to protect federal grant money after the Trump administration changed the rules to apply.

The White House is now requiring that cities give up their status as sanctuary cities in order to get the money, something Mayor Emanuel is opposed to doing.

Essentially what the Justice Department is doing is trying to punish cities they believe are not cooperating with federal immigration officials and they are doing so by tying grant money to specific conditions that would force that cooperation. The mayor's response on Sunday- see you in court.

"You cannot coerce the City of Chicago off of its values. It's not possible," said Mayor Emanuel.

In announcing on Sunday the city's intention to file a lawsuit against the Justice Department, Mayor Emanuel called the Attorney General's threat to withhold grant money from sanctuary cities illegal and unconstitutional. This, after Jeff Sessions announced Thursday that cities wishing to apply for grant money will have to agree to:


"If you let it stand, then it actually begins to not be challenged and this is one of many things that the Trump administration has been very clear that they've narrowed the focus, but this is the camel's nose under the tent," said Mayor Emanuel.

The grant in question would provide the City of Chicago with about $3.2 million for 2017. Money which is mostly used to purchase police vehicles, computers and radios. The deadline for application is September 5.

"It is essential that we get a ruling from a court declaratory and injunctive relief before we have to file our application," said Edward Siskel, City of Chicago Corporation Counsel.

"Once that individual is found to no longer be a suspect or has paid his or her bond you cannot have the legal authority to continue to detain them," said Mary Meg McCarty with the National Immigrant Justice Center.

The city will file its lawsuit on Monday. Their hope is a judge will declare the Justice Department's actions unlawful and unconstitutional before the September 5 deadline to apply for those federal funds.

Chicago is being helped by two outside law firms on a pro bono basis.