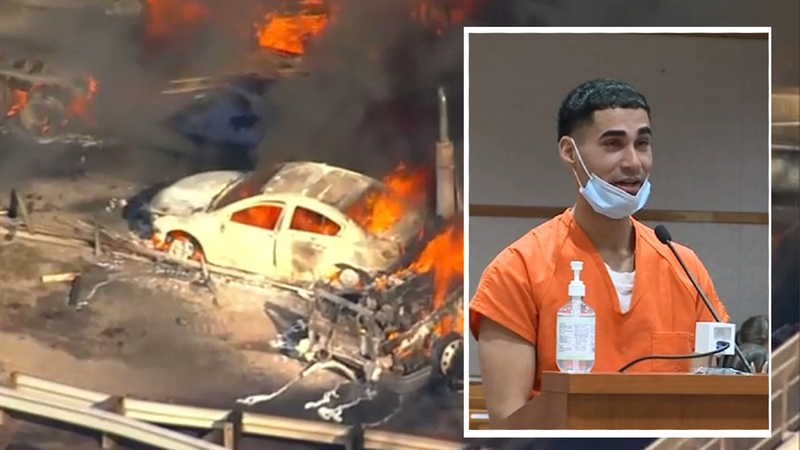 LAKEWOOD, Colorado (KTRK) -- A Houston truck driver who was convicted of causing a deadly crash in Colorado in 2019 has been sentenced to 110 years in prison.

Rogel Aguilera-Mederos, 26, lost control of his semi truck near Denver when the brakes failed, he told investigators at the time.

Prosecutors argued that Aguilera-Mederos made a series of poor decisions that led to him slamming into stopped traffic, killing four people, KUSA reports.

In court on Monday, Aguilera-Mederos told the judge he doesn't know why he's still alive.

"I know that it has been hard and heartbreaking for everyone involved. Your honor, I don't know why I'm alive," he said through tears.