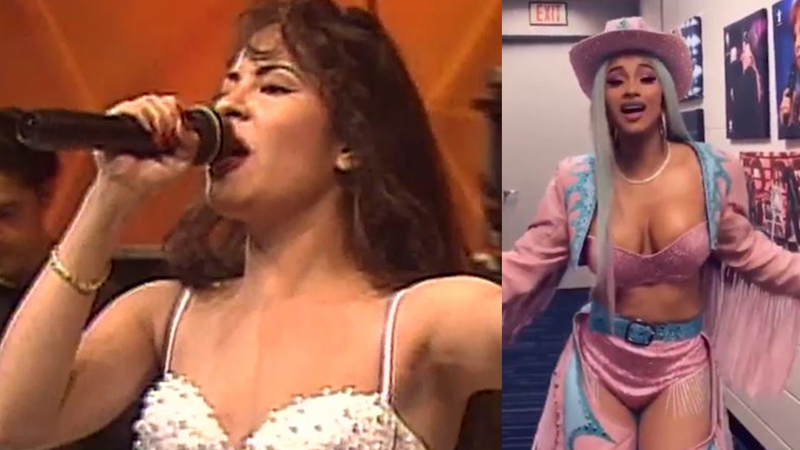 HOUSTON, Texas (KTRK) -- RodeoHouston is in full effect and so far 10 out of 22 performers have already taken center stage.

Out of the 10 artists who have already performed, several have paid tribute to the Queen of Tejano, Selena.

Musgraves' performance was followed by Latin heartthrob Prince Royce, who performed 'No Me Queda Mas,' during his Feb. 26 performance. Feb. 26 also happened to be the 24th anniversary of Selena's RodeoHouston concert in the Astrodome.

Before taking the stage of her record-breaking concert, rapper Cardi B recorded a video in which she told fans her outfit for the 'Please Me' music video was inspired by Selena's look.

RELATED: Cardi B pays tribute to Selena at RodeoHouston and in 'Please Me' video

Camila Cabello, former member of Fifth Harmony, honored Selena by singing her ballad 'Dreaming of You' during her RodeoHouston debut.