Deputies believe the attempted robbery in the 5500 block of Fair Elm Court in Mission Bend may have been drug related.
KTRK
By Patrina Adger 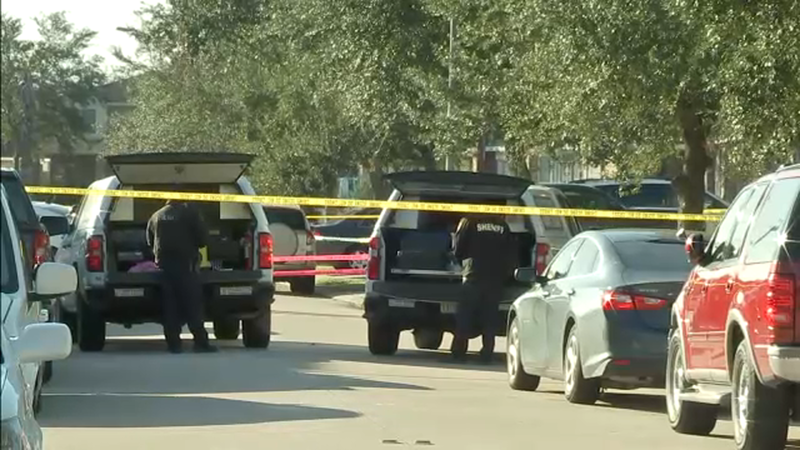 According to the Harris County Sheriff's Office, the woman was approached by three men who attempted to rob her around 4:30 a.m. in her driveway in the 5500 block of Fair Elm Court.

The woman pulled out a pistol and shot one of the men, deputies said.

@HCSOTexas units responded to a shooting at the 15510 blk of Fair Elm Ct, near Westpark Dr (Mission Bend area). Upon arrival, units discovered a deceased male. Homicide & CSU Investigators are responding. No other details at this time. #HouNews pic.twitter.com/DJIvQ7npZR

The woman's boyfriend was inside the house when the shots were fired. He ran outside and chased after the two other suspects, deputies said.

At some point during the chase, the boyfriend also fired his weapon, according to investigators.

The suspects got away in a white four-door vehicle, the sheriff's office said.

"Obviously we're trying to identify this deceased individual here at the scene," Sgt. Jason Brown said. "We're hoping that the identification of him will lead us to the other two individuals who were with him at the time of the attempted robbery."

Deputies believe the robbery may have been drug related.

Officials took the couple into custody for questioning and said they were cooperating with the investigation.

Investigators do not believe they will face charges related to the shooting.

ABC13 spoke to a neighbor who heard the gunshots.