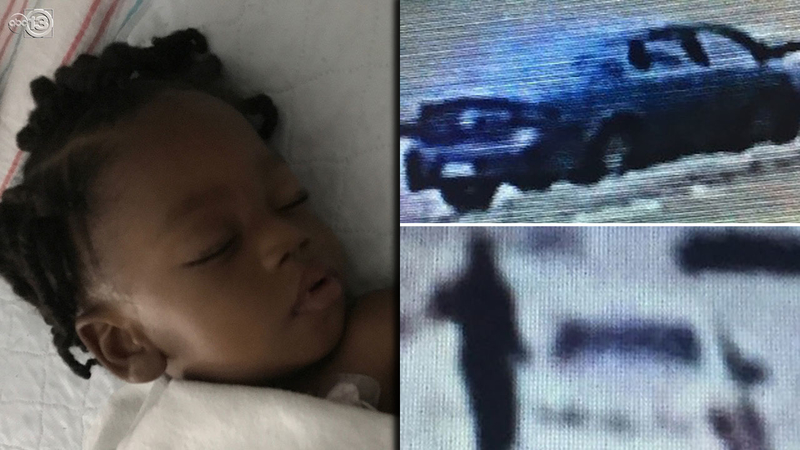 HOUSTON, Texas (KTRK) -- A man wearing a security guard uniform shot at a vehicle with a deaf father driving his small kids, hitting a 1-year-old in his chest, Houston police said.

HPD and Crime Stoppers revealed details into the May 1 road rage shooting that took place in the 9000 block of South Braeswood in southwest Houston.

According to police, the victim's father had struck the back of the suspect's vehicle at around 1 p.m. on May 1. The crash prompted the suspect in the uniform, who also had a holstered handgun, to get out of his vehicle.

Police said the father stayed in the vehicle while the suspect was yelling at him. The father told authorities that he even tried to apologize, but the suspect started waving a gun.

The dad also tried informing the suspect that he was hearing impaired and that there were children in the car.

The dad then drove away, fearing for his children's safety, police said. That was when the armed man shot at the family.

The child's father pulled over to a gas station along Southwest Freeway, where witnesses tried to help the child. The boy, who the family identified as Brandon Jayden Ross, was transported to Texas Children's Hospital. The child survived.

On Wednesday, HPD released a description of the armed driver. He is black, 5'10" to 6'1", 170-200 pounds, with short black hair. He was last seen wearing a black security guard uniform.

Since the shooting, Brandon's family launched two GoFundMe campaigns: one to help cover his medical expenses and another for a birthday party to lift his spirits.