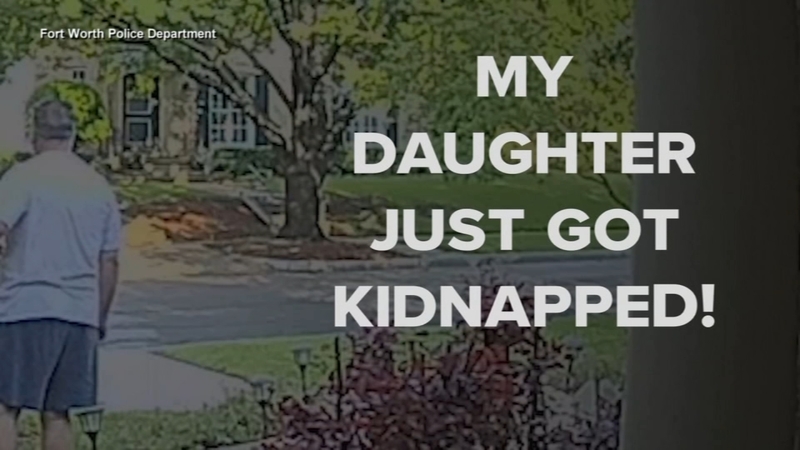 FORT WORTH, Texas (KTRK) -- Two Fort Worth men are being called heroes after they helped police find a little girl who was abducted off a city street.

The crime was caught on Ring doorbell video cameras and it is being credited for getting the word out.

Salem Sabatka, 8, and her mom were walking down the street Saturday evening when the suspect, 51-year-old Michael Webb, pulled up and took the girl from her mother's arms. The Ring doorbell captured the woman being thrown to the ground, then you can see her getting up and begging for help.

"Help me, help me, please. My daughter just got kidnapped," the mother is heard saying.

Two Fort Worth men are being called heroes after they helped police find a little girl who was abducted off a city street.

Fort Worth police got the video and used it to identify the car. They shared the information with neighbors who decided to help in the search.

Jeff King is a local pastor and knows Salem's parents. He and a friend then spoke with police.

Within hours, King found the suspect's car at a nearby hotel.

Police rushed in to save the girl, sharing the audio of the moment Salem was rescued.

"We got her, we got her. We have her," the officers are heard saying on the audio.

"I feel like God allowed me to be a tool and that's it," King said.

Webb is charged with aggravated kidnapping.

The video from the Ring doorbell was a vital tool for police, so they are encouraging people with video surveillance systems to register their cameras with police.

For the Ring doorbell, you'll have to register through the app.