The reasons a Houston-area county leader gave for full reopening 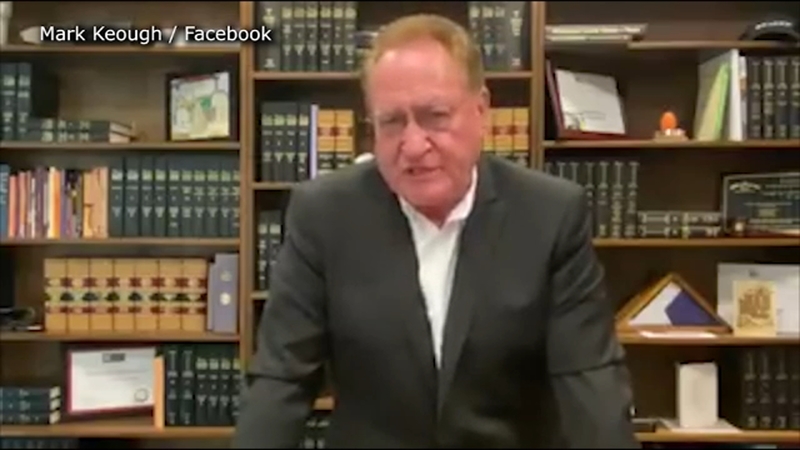 CONROE, Texas (KTRK) -- Gov. Greg Abbott is poised to address this week reopening businesses in Texas. Currently, capacity limits, most at 50%, are being stipulated for a lot of customer-facing services.

There are also constraints that have effectively shut down bars for the time being.

With an Abbott announcement forthcoming, one Houston-area county judge is making his case for not just raising capacity and reopening certain businesses. He wants a 100% reopening.

Montgomery County Judge Mark Keough, whose county, as of Monday, has counted more than 9,100 COVID-19 cases and 123 deaths, posted video giving his reasons for a full capacity reopening of the state. You can watch the full message in the video player above.

Keough addressed how his county dealt with orders at the beginning of the pandemic, citing mixed messaging with capacity limits. He stated that the messages he received to lock down were based on preventing overwhelmed emergency rooms.

He then offered his examination of coronavirus cases, saying that the majority of them required home recoveries rather than hospitalizations.

"We did the 'stay-at-home.' And our goal was to do what they told us to do, was to stem the tide, stop the spread, flatten the curve, don't overwhelm the hospitals," Keough said in his video. "By April 17, what I discovered was this: most people who had the virus are not sent to the hospital. They're sent home."

With his own analysis, he offered a 10% statistic for those COVID-19 cases that were sent to the hospital.

He then offered up this statistic: "And then I discovered at that same time, I went back and checked the numbers, that 99% of the people who are testing positive for the coronavirus, you know what, they're surviving. The survival rate is 99%."

That same percentage, Keough says, also applies to the most recent case numbers.

"And what's really interesting ... I looked at yesterday's most recent numbers. And guess what the percentage is of the people surviving: 99%."

While Texas' numbers show a 2% mortality rate with the virus, that equates from more than 13,400 deaths and more than 638,000 cases. Despite the findings, the county showed more people are contracting the virus. As of Sunday, there were 14.93 cases for every 1,000 people in the county.

In a broader look, the U.S. mortality rate is 3%, according to Johns Hopkins University. But that equates to nearly 190,000 deaths.

And to close, he offered an additional personal analysis: 94% of the coronavirus deaths involved someone with an underlying condition.

"Ninety-four percent already had something that was driving them to their death bed," he said.

Keough's messaging has been one he repeated during an in-person luncheon with the North Shore Republican Women organization last week. Community Impact Newspapers reported on Keough's claims of political motivation behind the orders.

"God created us for community. Listen: He didn't create us to stuff ourselves into a house and be alone all day," Keough said. "Why do you think this is all happening? If you don't think this is political, you are not paying attention."

Montgomery County's case total is in the top 20 Texas counties out of 251 that has reported a case.

ABC13 anchor Tom Abrahams went after answers to your questions about COVID-19, business and the Texas economy.