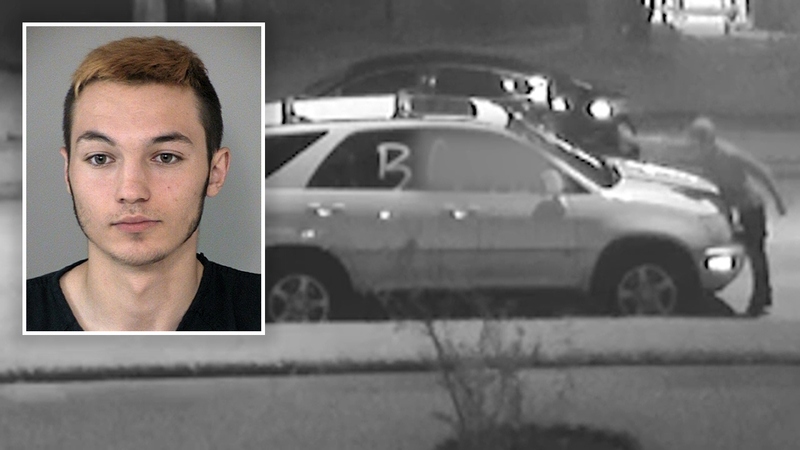 FORT BEND COUNTY, Texas (KTRK) -- Law enforcement in Fort Bend County alleged an 18-year-old was responsible for leaving a trail of racist messages spray-painted on 16 vehicles in a Katy-area neighborhood earlier this month.

According to the county's sheriff's office, Dominic Reale has been charged with felony graffiti and could face additional hate crime related counts in connection with overnight vandalism that took place on June 3.

Deputies said they received more than a dozen calls regarding criminal mischief over several blocks of Pembrough Lane and Glen Rosa Drive in the Hickory Creek neighborhood, where they later found vehicles spray-painted with racial slurs, graphic drawings and the phrase, "Be Gone."

Detectives reviewed home surveillance camera footage to come up with Reale as the suspect.

Reale was charged over the weekend with the graffiti count while already in the Fort Bend County Jail on an unrelated assault charge. His bond was set at $5,000.
In announcing Reale's arrest on Monday, Sheriff Troy Nehls remarked on Fort Bend County's diversity, which is boasted as one of the most diverse in the nation.

"If this individual thought he would get away with spreading hate in Fort Bend County, he was wrong," said Nehls. "I am proud of the diverse community we serve and will never tolerate this kind of behavior."

A Texas state rep. speaks out against what he calls a racist statement that blames Asians for the coronavirus outbreak.

Meanwhile, in Houston, the Christopher Columbus statue at a park near the Museum District has been vandalized again. Hit play to see the damage made.

Dan Patrick has come out to condemn George Floyd's death, but he's the first top official in Texas to invoke religion to heal.