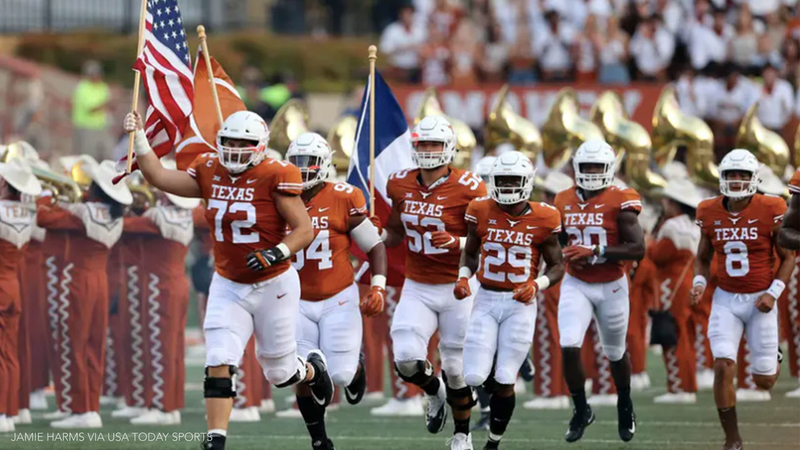 AUSTIN, Texas -- Athletes at the University of Texas at Austin are refusing to participate in recruiting incoming players or show up at donor-related events if university and athletics officials fail to respond to a list of demands geared toward supporting black students, according to a statement released on Twitter on Friday.

Brennan Eagles, a sophomore wide receiver for UT-Austin, posted the statement to his Twitter account, detailing a list of actions Longhorn athletes want the university's athletics department to take. These include donating 0.5% of the department's annual earnings to the Black Lives Matter movement and black organizations, establishing a permanent black athletic history exhibit in the Athletics Hall of Fame and renaming parts of the football stadium after Julius Whittier, the first black football letterman at UT-Austin.

In addition to demands specific to the athletics department, athletes also want UT officials to rename campus buildings named after Texans with racist views, remove a statue of prominent segregationist James Hogg and discontinue the school song "The Eyes of Texas," which has ties to minstrel shows and was created during segregation. Other calls to action include requiring a module on the history of racism at UT and increasing outreach efforts to inner-city schools in Austin, Dallas and Houston.

"We, as student athletes, and collectively as the University of Texas Longhorn football team, are aware that we are an athletic department made up of many black athletes, and believe that it is time we become active on our campus," the statement reads.

Athletes will continue to practice and participate in workouts and team activities this summer but are asking for a "plan for implementation" before the fall semester begins. UT Athletics officials could not be reached immediately for comment.

These demands come as George Floyd's death and the resulting protests have spurred calls for racial equality across the country. Last week, football players marched to the Capitol in Austin from the Darrell K. Royal Stadium in a show of support for Floyd, a black man who died after a white police officer knelt on his neck for almost nine minutes.

Additionally, they are asking UT to implement a module on the history of racism at UT, cut ties with the Austin Police Department and campus police and adopt inclusive practices in recruiting and selecting UT faculty. UT leadership said it would respond to those demands in the coming weeks.