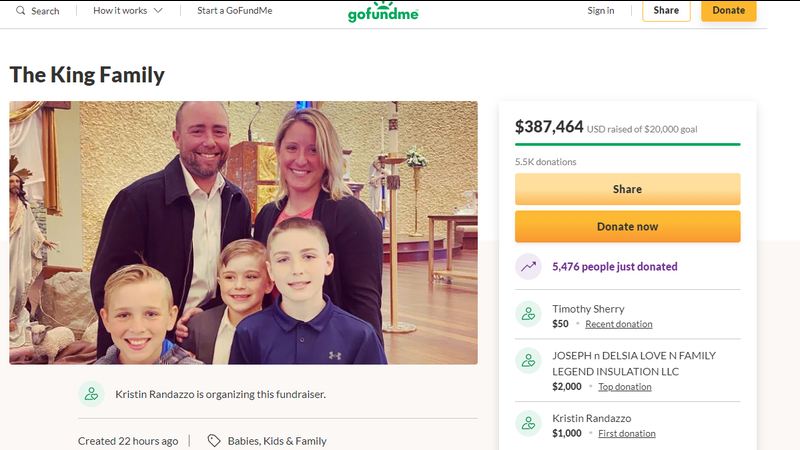 QUAKERTOWN, Pennsylvania -- A Christmas morning house fire in Bucks County, Pennsylvania claimed the lives of a father and his two children, officials said.

Investigators said the fire took the lives of Eric King, 40, his sons, Liam, 11, and Patrick, 8, and their two dogs.

Eric's wife Kristin and their oldest son Brady managed to escape before the fire destroyed their entire home, officials said. They were transported to Lehigh Valley Hospital for further evaluation. 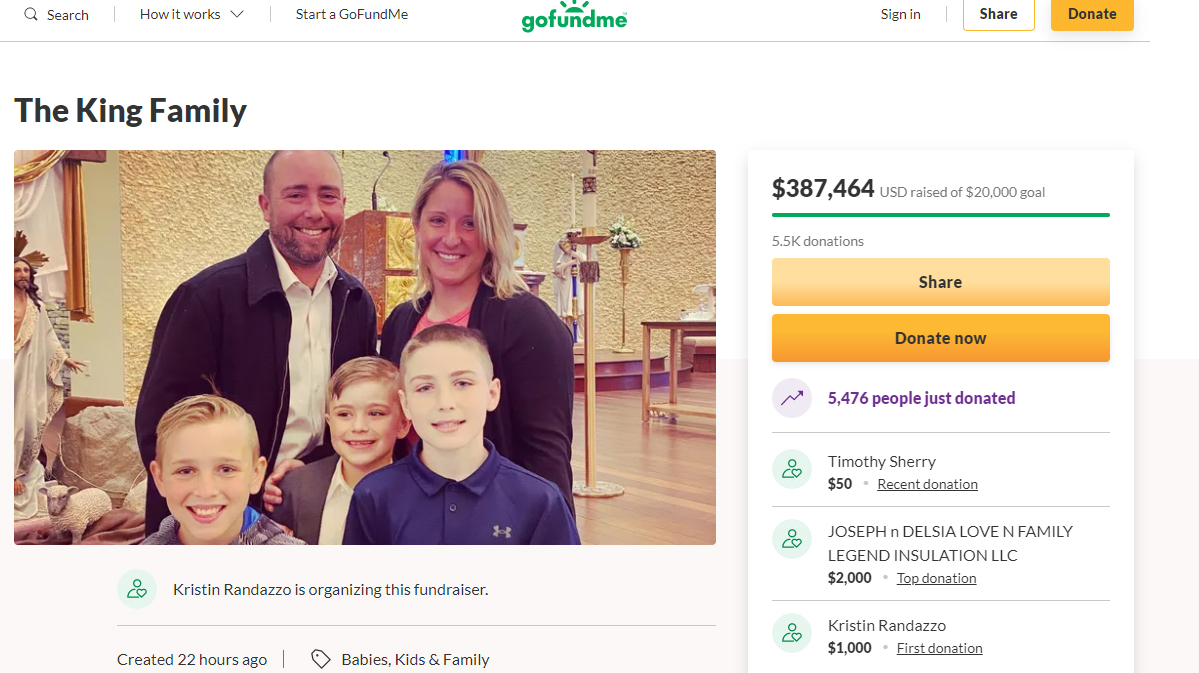 "It is with unbearable sorrow that I share with you this Christmas Day the tragic news that the King family, in a house fire early today, lost their father and two children, Richland Elementary School students, Liam, a fifth-grader, and Patrick, a third-grader. Mom and Brady, an eighth-grader at Strayer Middle School, thankfully survived," Quakertown Community School District Superintendent Bill Harner said in a letter to the community Saturday evening.

The incident happened around 1:30 a.m. Saturday inside a two-story home located on Essex Court.

When firefighters arrived, officials said they quickly worked to put out heavy flames that were coming from the home.

At one point, firefighters were able to get inside the home, but were pushed back out by the intense flames.

Officials said firefighters made several attempts to rescue the victims trapped inside the home, but could not make it in time.

"I couldn't see anybody, so I thought that they got everyone out, but it was sad to realize that not everybody was saved," said neighbor Wilson Martinez who went to school with the oldest son.

The impact of the fire spread to a neighboring home, which also was destroyed. A family of four inside that home was able to escape without injury, officials said.

The local fire marshal and Pennsylvania State Police Fire Marshal were also called to assist in this investigation.

The fire was placed under control around 2:30 a.m., but the damage it had cost was already unimaginable and irreplaceable.

Members in the Quakertown community launched a GoFundMe page to help the King family. As of Sunday morning, it had raised over $387,000. The goal was $20,000.

"This news is devastating to the school district community and the Quakertown area at large. Eric and Kristin and their boys are very active in our community. The School District sends its heartfelt sympathy to the King family and their many friends and relatives. Please keep them in your prayers," Harner said.

Harner said the district will hold a series of supports for students, parents and staff starting Sunday.

"We are truly blessed to be a part of a wonderful community that is rich with faith, hope and love. It is certainly a day to remember these blessings and time to hold close those we love," Harner said.

Another Christmas morning fire claimed the lives of two people in Trenton, New Jersey. The victims' identities have not been released and there was no word of a cause in the fire.