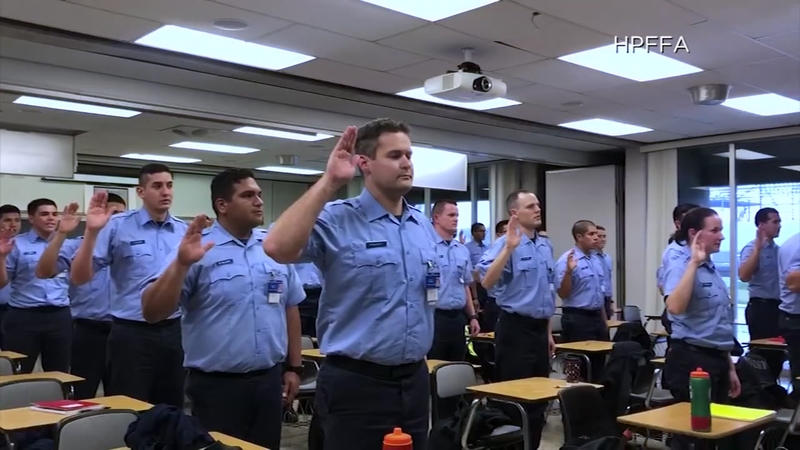 HOUSTON, Texas (KTRK) -- For the second council meeting in a row, Houston councilman Dwight Boykins kept anything new on the agenda from getting a vote.

Harvey recovery contracts, city insurance policies, new traffic signals, drainage - they were all tagged (the council term for a one-week delay). Boykins says it is in protest of the mayor's refusal to swear in more than 60 fire cadets who've finished training but remain stuck at the academy.

The move drew criticism from some council colleagues, including Mayor Pro Tem Ellen Cohen, who told Boykins his move is "making a laughing matter of democracy."

Cohen and other council members tried four times to overrule Boykins, but the effort failed every time.

Boykins vows to keep his delay tactic up.

In one sign of progress, the mayor will allow council to vote next on a Boykins plan for a $17 a month garbage fee. Boykins suggests it would raise enough money to prevent nearly 400 firefighter layoffs.

"Are we willing to pay $17 per month to prevent 400 firefighters?" Boykins asked aloud. "The answer is yes, we will support that. We want the quality of life in this city that we deserve. And I think it's only fair."

While Mayor Sylvester Turner will allow the vote, he added, "Let me be very clear. I don't support it."

Turner calls the trash fee unfair to the poorest Houstonians and is sticking with either layoffs or a negotiated deal with firefighters, but no talks are scheduled.

He told reporters, "I want the council members to have their say to participate in this discussion, to vote on it and then we'll go from there."

On another note, Turner insisted Wednesday he has not signed off on any plan to close fire stations. Those discussions remain, as 13 Investigates reported, 'possible closures.'

13 Investigates' Ted Oberg tried twice to clarify that point, but couldn't get an answer about the changes 375 firefighter layoffs would require.