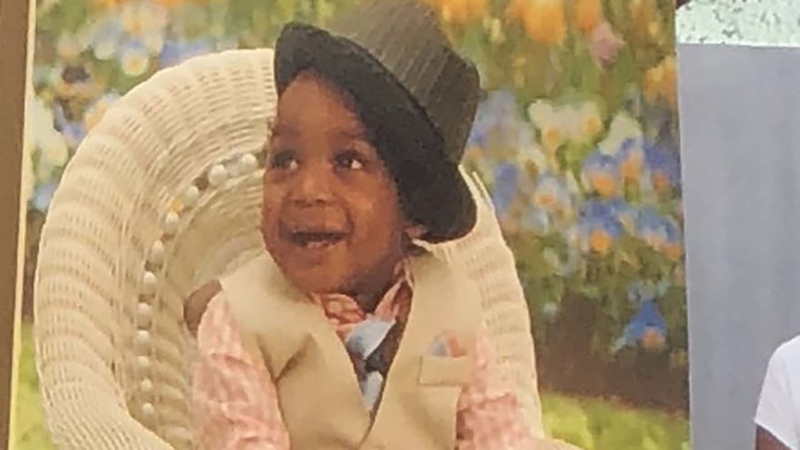 HOUSTON, Texas (KTRK) -- On Friday, the medical examiner is expected to determine the exact cause of death of a 3-year-old boy who died after being left behind in a hot day care van after a field trip.

The child has been identified as Raymond Pryer.

Authorities say he was on the trip with 28 other students from the Discovering Me Academy on Thursday. The bus returned to the day care in the 8000 block of Antoine around 2:30 p.m.

According to the day care, Pryer was accounted for at that time.

A boy died in a hot day care van after he was left there for hours.

"The next thing I know, a few hours later the dad and the owner came out and was crying," said Kenneth Brooks, an eyewitness. "When EMS had him, he was just limp, you know. Right there, I knew the kid was gone. It's a sad day."

Two people, the driver and a chaperone, were detained for questioning. An investigation is underway into the tragic oversight.

Deputy constables said it appeared Pryer was left in the vehicle for at least four hours. Temperatures inside reached at least 113 degrees, Constable Alan Rosen said.

"It seems to me this was just gross negligence," Rosen said. "It's just tragic."

Constable Alan Rosen says the death of a 3-year-old boy left in a hot daycare bus was completely preventable.

Rosen says the death was completely avoidable, and vowed to get "all the answers" for the family about how the tragedy occurred.

"I can't fathom being a father and losing a child like this, and so our prayers and thoughts are with this family," said Rosen.

A sign on the door says the day care has been closed until further notice. A grand jury will decide if there will be any charges.

The temperatures outside are heating up and so are the temps inside your car.

Texas ranks No. 1 for child hot car deaths in the US
EMBED More News Videos

Meteorologist Elita Loresca takes a look at how fast temperatures can rise in a vehicle.