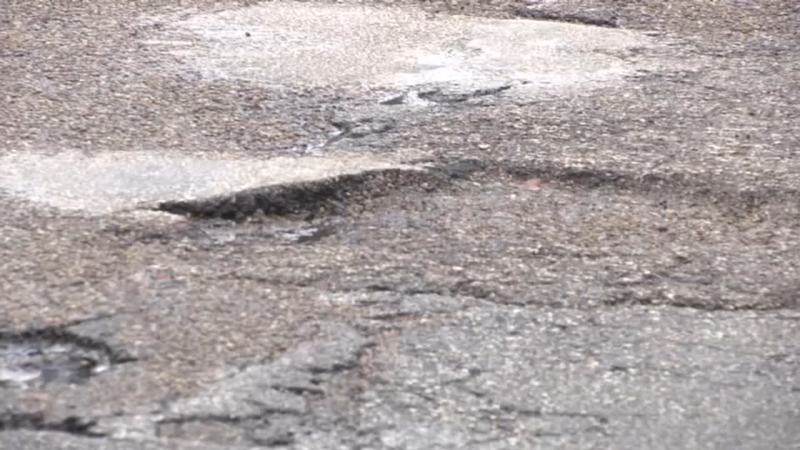 The city's public works department posted on Twitter that it proactively filled more than 8,700 potholes, adding that "repairing Houston roads is a big job, but we're up for a challenge."

Three years ago, the city took aim at potholes with a dedicated crew.

The city says it has the capability to fill 300 potholes a day, but records obtained by ABC13 back in February showed that averaged around 100 per day.

For May, it averaged to a little more than 280 potholes a day.

Firefighters forced to fix their own potholes, HFD union says

Be Kind: 12-year-old fills potholes by himself to help neighbors

Do you hate Houston traffic as much as we do? Join the club!
Report a correction or typo
Related topics:
traffichoustonpotholesroad repair
Copyright © 2021 KTRK-TV. All Rights Reserved.
TOP STORIES
'She left me to die' Motorcyclist wants to find hit-and-run driver
Father and 2 children critically injured in crash on Hardy Toll Road
Man shot as driver followed common-law wife, then crashed, HPD says
Unseasonably warm weekend, next front arrives Monday
Money in Lakewood Church wall may be tied to 2014 theft, HPD says
Parents of alleged MI school shooter arrested, authorities say
How unusual to charge parents in school shooting? EXPLAINED
Show More
Man drives to gas station after being shot in head on northwest side
Homeowners burn down house in attempt to get rid of snakes
Contact tracing revs up as omicron cases detected in several US states
UH could turn national title picture upside-down if it beats Cincy
Battleship Texas open to the public 1 last time this weekend
More TOP STORIES News