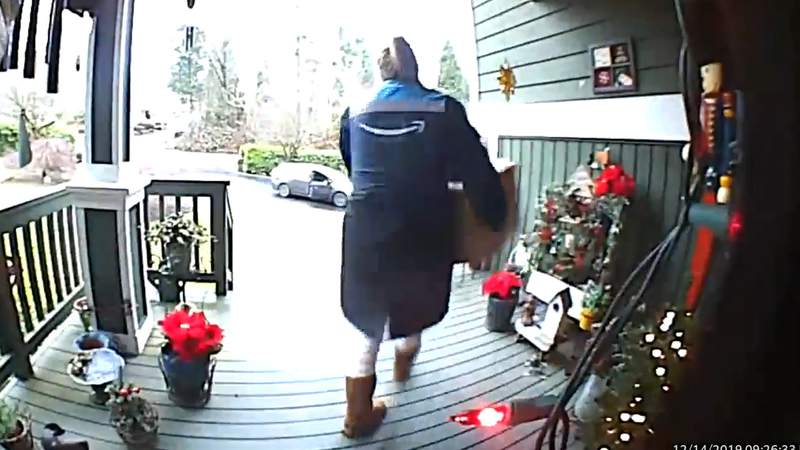 WOODINVILLE, Wash. -- A savvy porch pirate was caught on camera in what appears to be a new type of scheme to steal packages. The person can be seen in the video wearing an Amazon vest, but they are taking packages instead of leaving them.

"Just when you think you have seen it all, these darn porch pirates come up with a new plan to get away with it," the King County Sheriff's Office wrote on Facebook as they released footage of the incident.

Police said the woman, wearing an Amazon vest, was filmed bringing a package to the door of a home, before leaving she retrieves the same small box, while also taking a larger package that was already there. The video shows the woman putting the packages in a waiting car and getting into the passenger side of the vehicle, which can be seen driving away slowly.

"You know what's coming next, don't you? She's not an Amazon delivery driver!" police said. "Somehow she got her hands on that vest and is putting down fake packages in order to steal real ones."

The King County Sheriff's Office asked for anyone with information about the incident or the woman to contact them. 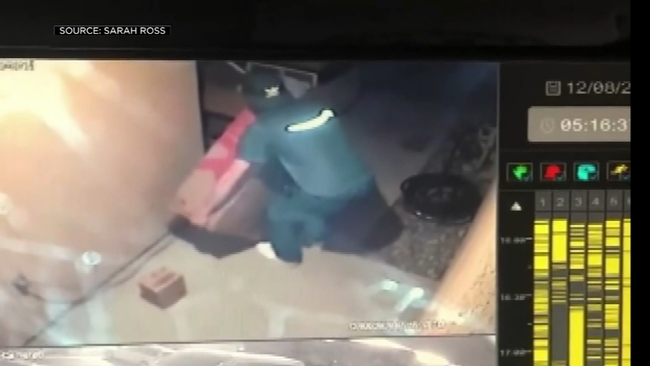 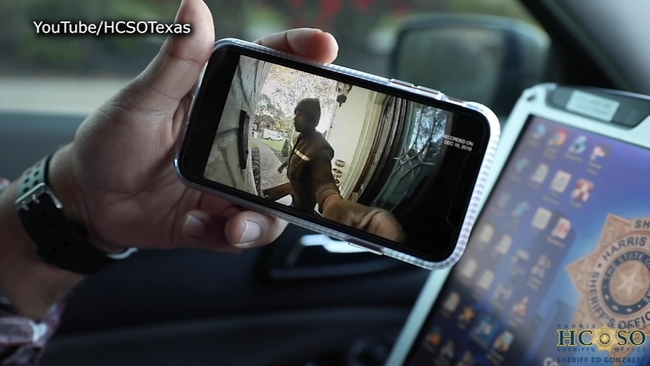