PROP B: Houston firefighters agree to take city's deal if certain terms met, including financial details and no layoffs

Their meeting Friday morning lasted less than an hour at City Hall.

In the end, firefighters agreed to take the city's recent three-and-a-half year pay raise deal to a union vote if the city agrees to certain terms.

Firefighters also want the Prop B deal to be part of a larger collective bargaining agreement. They haven't had a contract with the city since July 1, 2017.

Marty Lancton, Firefighters Union President told ABC13, "The mayor asked for three and a half years. We said in writing, that we were willing to agree to that three and a half years, uh, and take it to the membership to vote... We are now waiting on the city to provide the financial data that we've been asking for in order to get this wrapped up to move on." 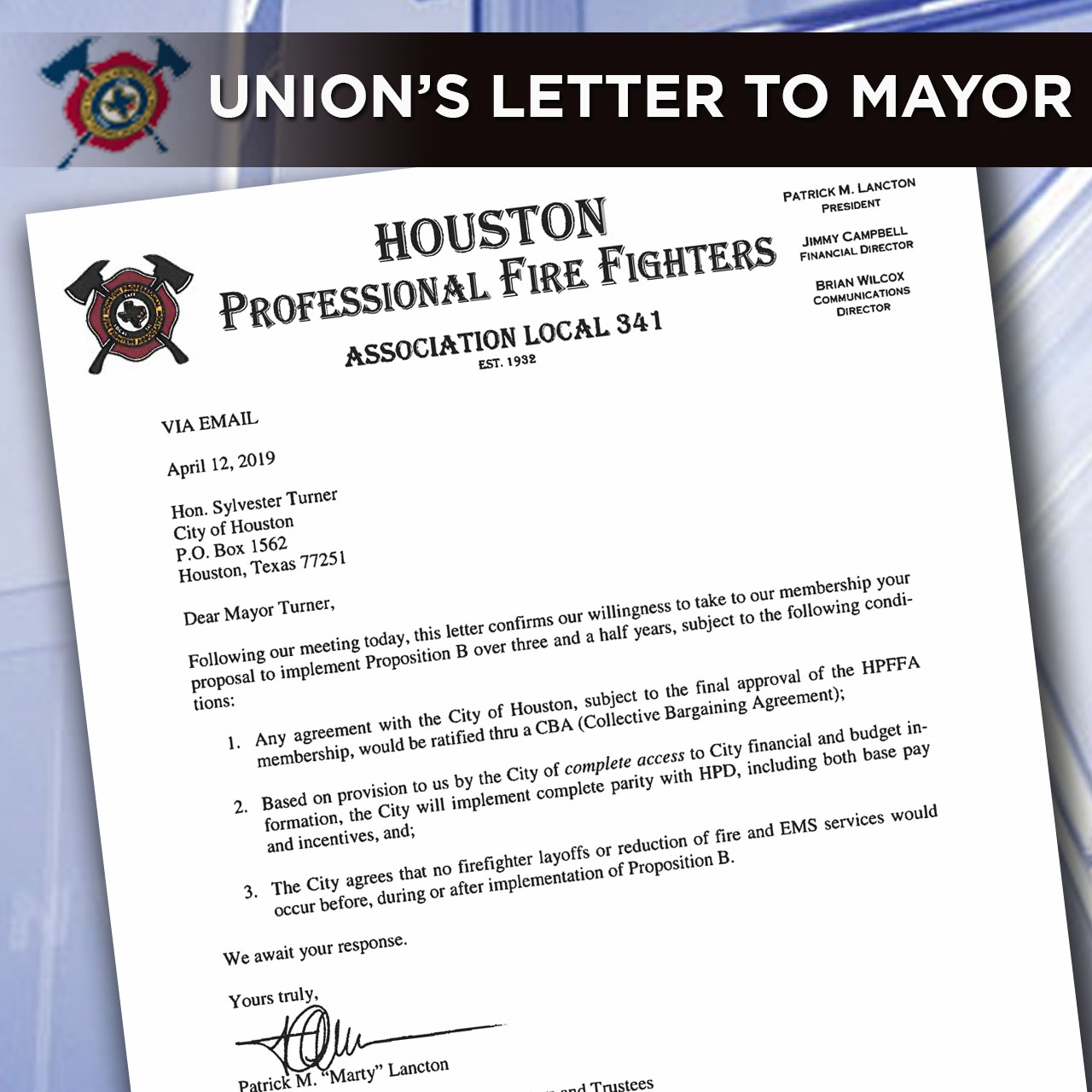 Mayor Turner released a letter of his own to the fire union Friday afternoon. Turner writes to Union President Marty Lancton, "I invited you to meet with me today to discuss phasing in Prop B. We talked about possible common ground, and we agreed to meet next week to allow the City to do some additional work."

Turner criticizes the union for releasing its letter to the public, calling the move "not helpful," encouraging Lancton to "refrain from further steps that will undermine my effort to find common ground."

Turner pledged to meet the union again next week. A meeting is scheduled for Monday.

Turner concludes, "I do not want to lay off anyone. This requires your agreement on a path forward that the City can afford." 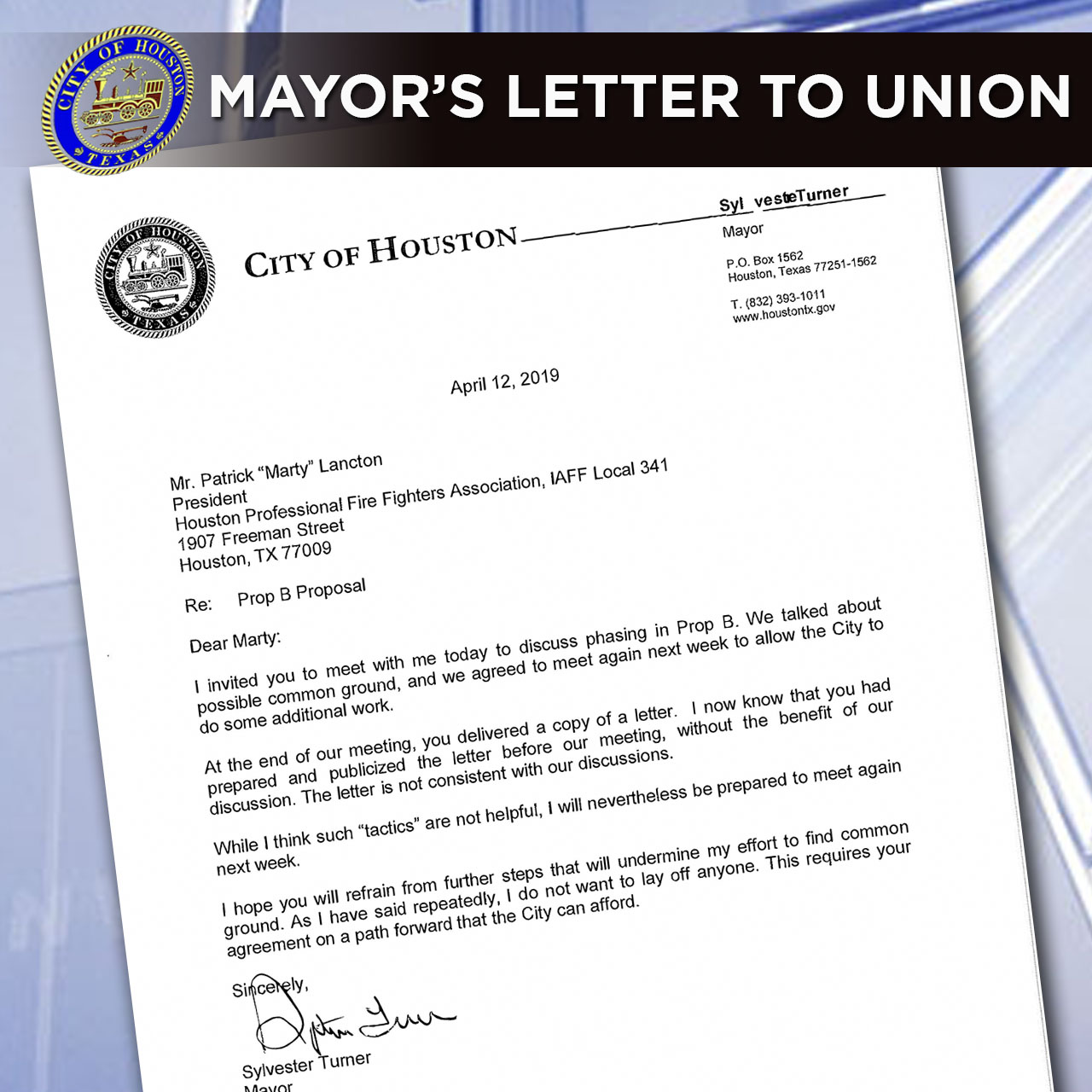 The meeting comes as time runs out to make a deal. City council may vote next week on a plan to lay off 220 firefighters. Friday afternoon the city posted the plan city council members will be asked to approve Wednesday. It shows the exact number and rank of proposed firefighter layoffs. 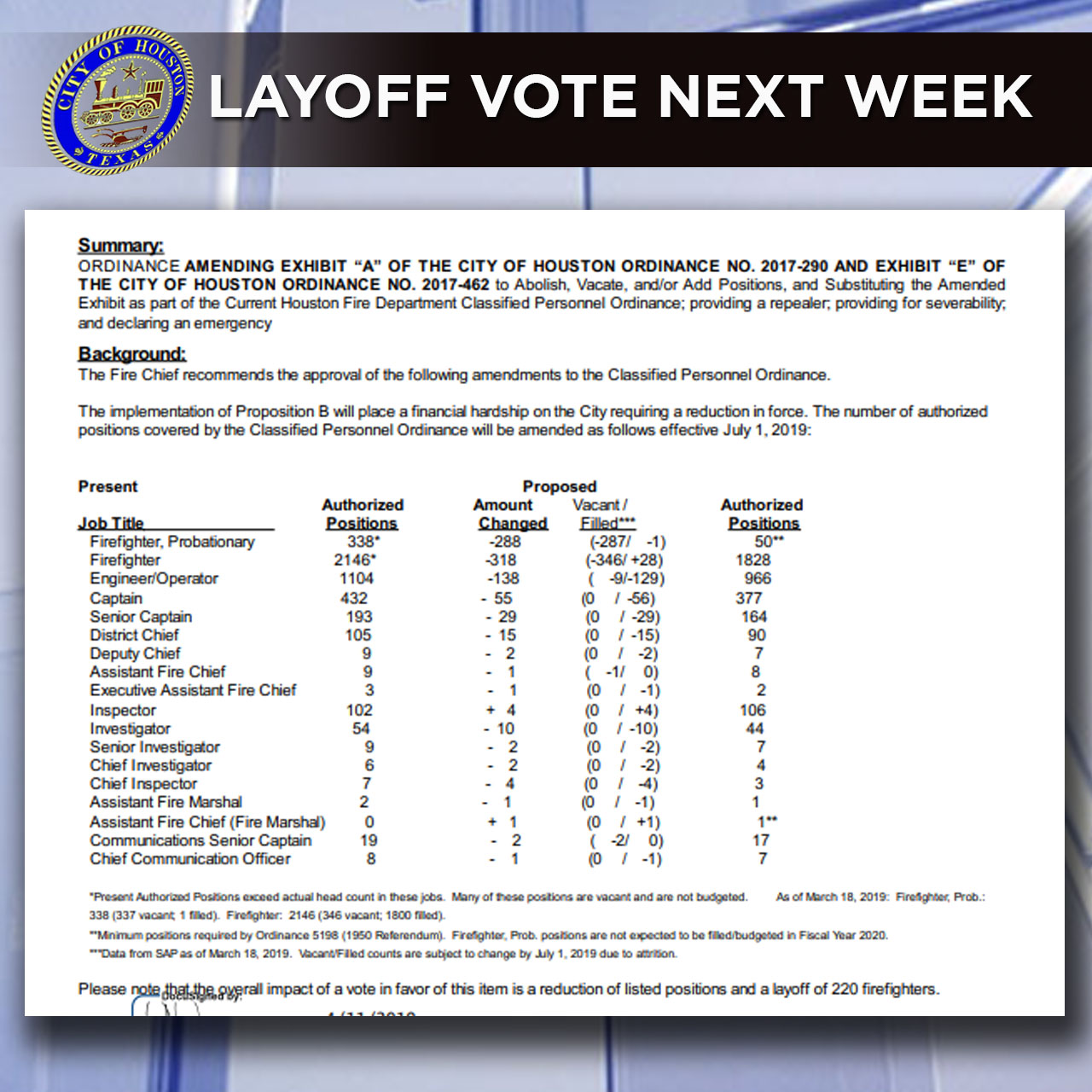 RELATED STORIES ON PROP B:

13 Investigates finds questions in city's Prop B offer
Mayor Turner says Prop B is cheaper, can be implemented faster, but union calls it short on detail and 'improper'