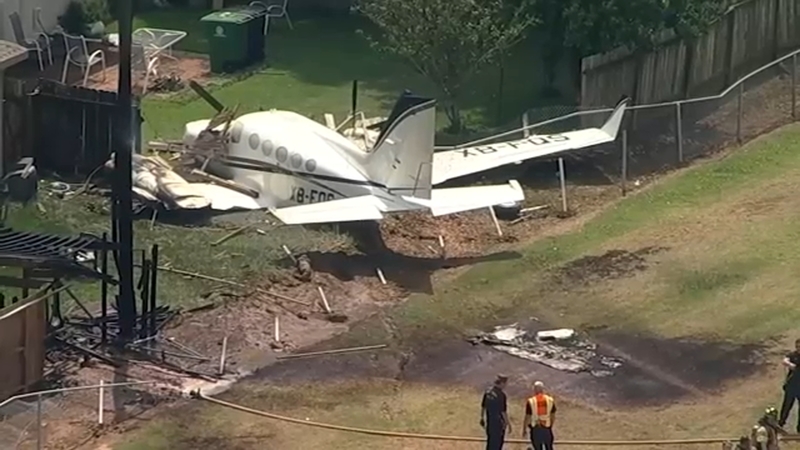 HOUSTON, Texas (KTRK) -- Residents now see seeing the aftermath of the damage that a small airplane crash left in their backyards on Friday.

Federal investigators have moved the plane's wreckage that crashed near Hobby Airport by the edge of Dobie High School's 9th-grade Center campus.

According to the National Transportation Safety Board, it has been taken to a secure location if investigators need to examine or remove a component. The cause of the crash remains under investigation.

"It could have been way worse," said neighbor Javier Castillo. "If anything, that plane would have run into that house. It was just that close to hitting it. Just luckier than everything that it barely missed. Just a crazy experience."

The Cessna 421 took off from Hobby Airport Friday afternoon to San Antonio.

RELATED:4 people safely get out of downed plane just yards from Dobie HS in SE Houston

Within minutes, the pilot reported having engine trouble and skidded to a landing on the campus field belonging to Dobie High School's 9th-grade Center.

A small fire did spark, but all four people reportedly on board made it out of the plane safely.

There were no reported injuries to anyone on the ground near the crash.

"It's a cool story, like those emergency landings on YouTube and whatnot. It happened back here," Castillo said.