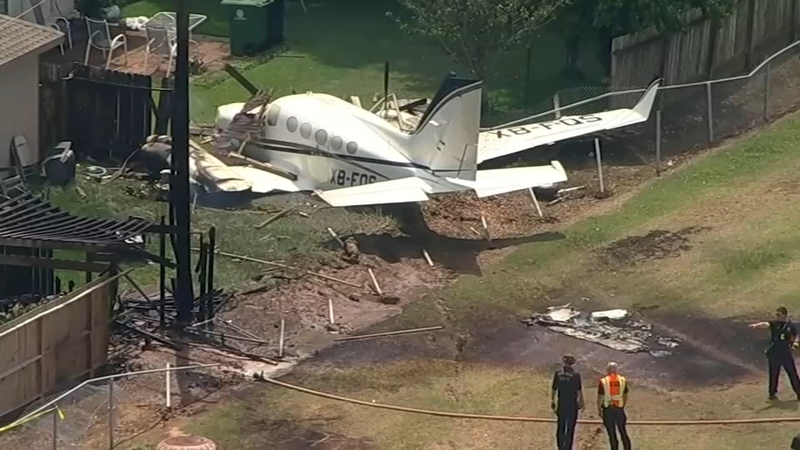 HOUSTON, Texas (KTRK) -- People are calling it a miracle, a plane crash near Hobby Airport that ended with no injuries.

SkyEye flew over the neighborhood on Heathglen Lane just off of Monroe Boulevard and the South Sam Houston Parkway. Video captured the small plane at rest and damages to a backyard fence. 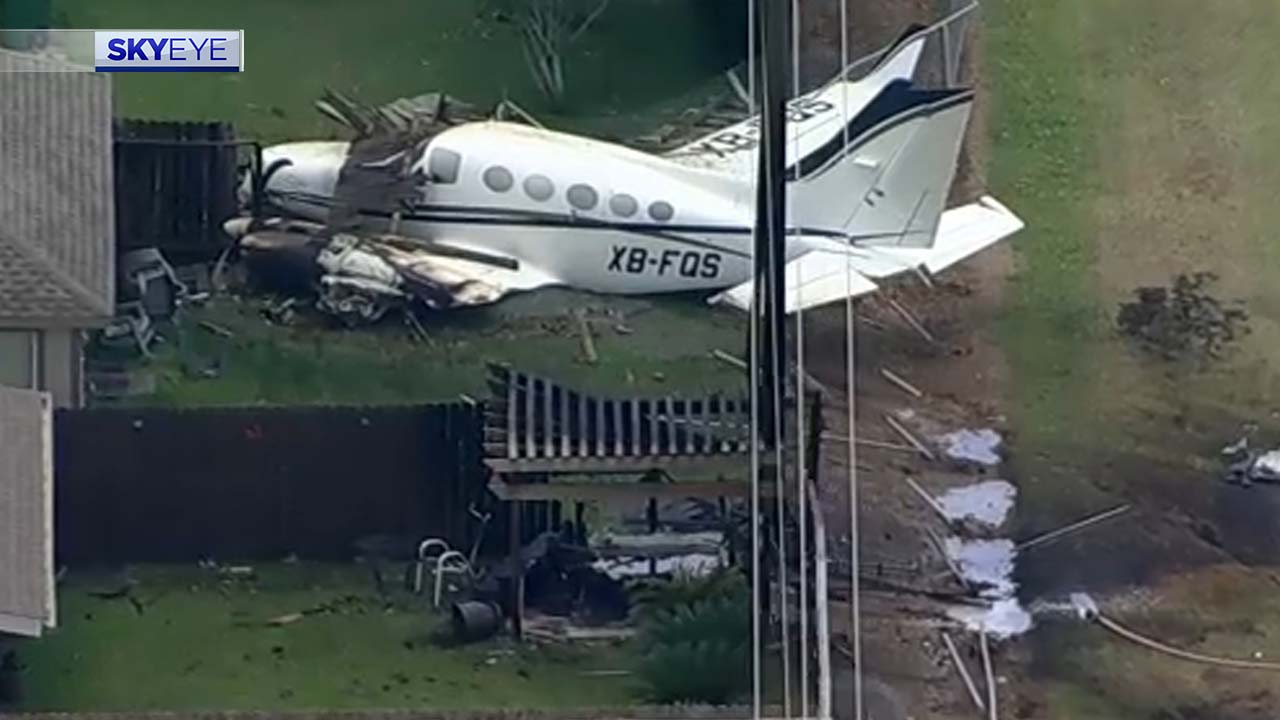 The damage on the ground also included a gazebo that lit up in flames, the fire department said.

"My instincts were like, 'There's a water hose, get it.' And I just started spraying because I felt the heat coming this way," Sanchez said. "Yes, I was thinking about the explosion because it was hot. But my thing is that- Hey, if it's time for me to go, that's it. At least I helped somebody." 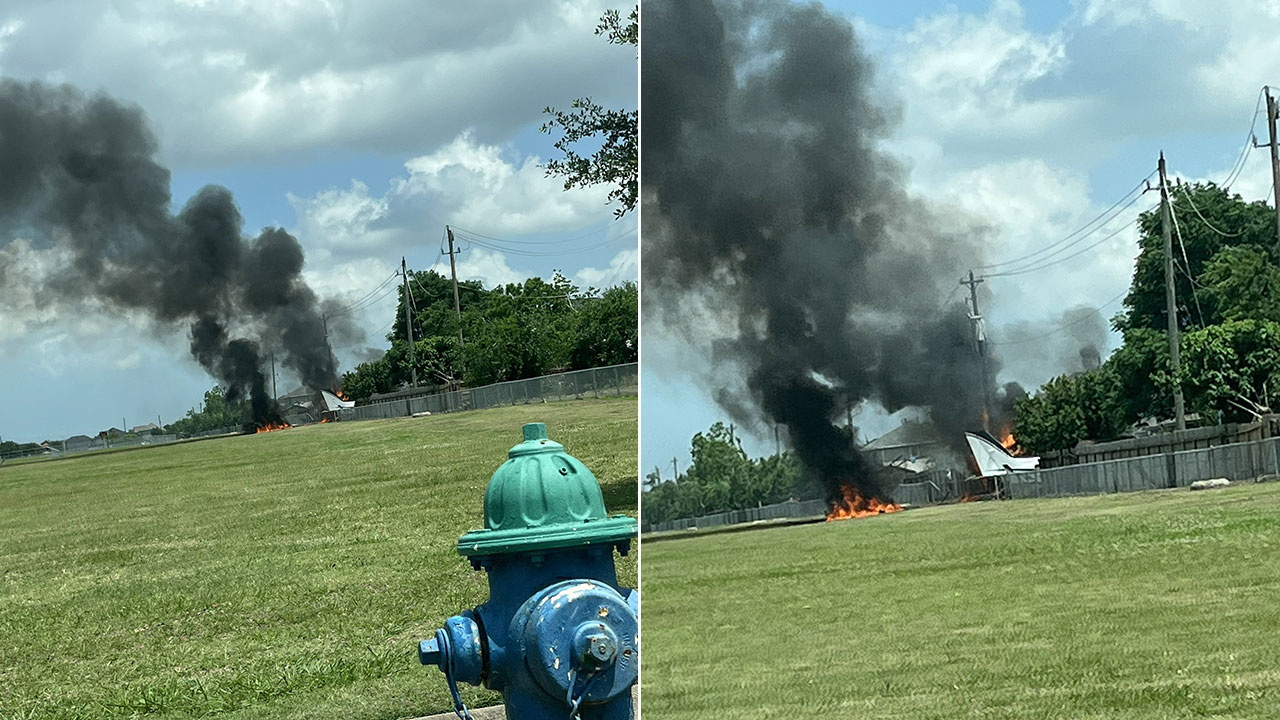 "A small plane crashed behind Dobie nine," Twitter user itty_bitty_san wrote while posting two photos of the fiery plane crash on May 6, 2022.

HFD confirmed in a tweet that there were no injuries reported from the small engine aircraft crash. The four people on board were able to get out of the plane without assistance and refused medical treatment, according to HFD.

The department advised people to avoid the area due to the high emergency response traffic.

@HoustonFire Crews are responding to a confirmed small engine aircraft crash at the 8600 block of Heathglen Ln. No injuries reported. Please avoid the area due to high emergency response traffic. @FireChiefofHFD

In a tweet posted about an hour after the incident, Hobby Airport stated the aircraft - a Cessna 421 C Golden Eagle - had just taken off from the airport at 2:19 p.m. before an emergency landing.

Hobby mentions that operations are not impacted and the terminal is operational. Federal investigators are also en route.

We can confirm that a Cessna 421 C Golden Eagle had an emergency landing near Monroe Rd & Fuqua Rd. The aircraft took off from Hobby Airport at 2:19pm. Operations at Hobby Airport are not impacted at this time and the terminal is operational. Federal investigators are en route.

The plane also appeared to go down just yards from a paved walkway and a track-and-field area belonging to Dobie High School's 9th grade campus.

Pasadena ISD confirmed the aircraft made an emergency landing on the south side of the campus, and that no children were on the nearby field when the incident happened.

The district added that the airplane went down at dismissal time, which was delayed until administrators assessed what was happening and once first responders took over the scene.

Eyewitness News obtained a photo of smoke in the southeast side as an emergency response gets underway.