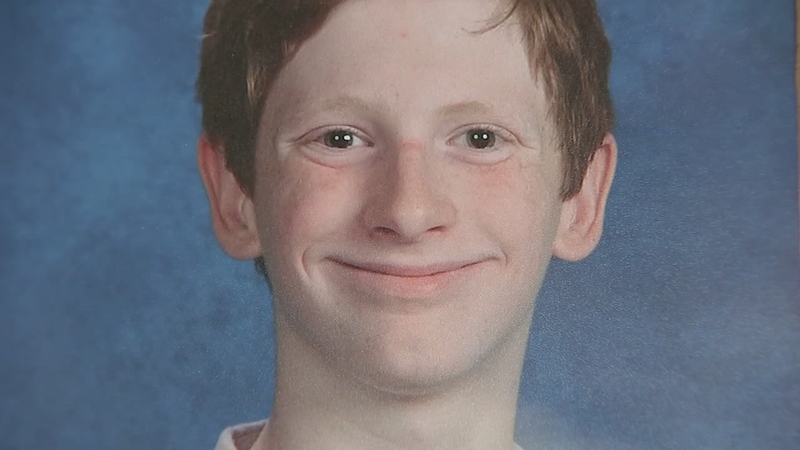 HOUSTON, Texas (KTRK) -- The weekend of Oct. 13-14 is a bittersweet one for a Houston area family. It commemorates not only the anniversary of a teenager's suicide, but also the lives he changed as an organ donor.

Peyton James was 13 when he took his own life four years ago.

"The world became too much for him that one day," his father David told Eyewitness News. "He came home from school. He was upset, went into his room and hanged himself. "

When he died five days later, his parents made the difficult decision to donate their son's organs. His corneas, lungs, liver, heart, kidneys and pancreas were donated.

"I wanted something positive," said James. "That's what Peyton would have wanted. I know it. He was so much about helping people. "

Among the more than half dozen lives Peyton helped make better or saved, his father has met two of them. For all of them, he'd like to wish them a happy 4th "re-birthday," his son having provided the priceless gifts.

"Knowing that he lives on out there makes a world of difference," he said. "I encourage everyone to become an organ donor. It's the gift of life. "

The James family did not stop there. They have set about making Peyton's life and his death a lesson for others. With the help of two New Jersey women who design crocheted hearts with inspirational messages and a suicide prevention hotline, the James family will leave them in random places hoping someone who needs them will find them.

And so, it is a bittersweet memorial and celebration mixed together this weekend for a boy who died too young and lives his memory and body have made that much better.