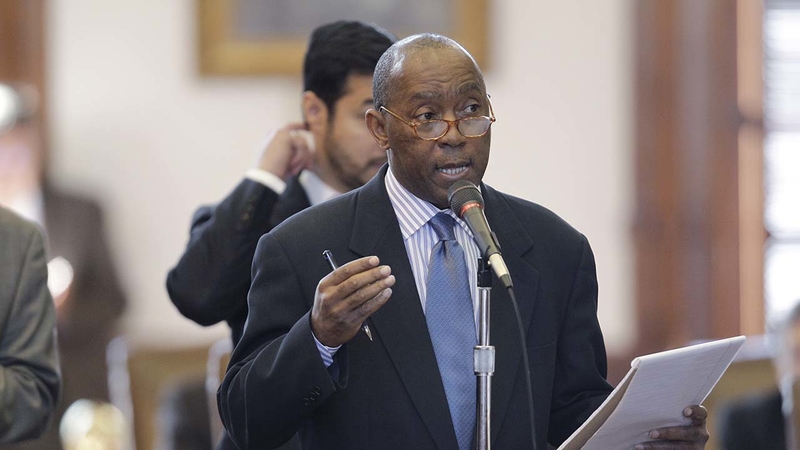 HOUSTON, Texas (KTRK) -- Houston Mayor Sylvester Turner took to Twitter Wednesday to warn that as many as 2,200 municipal workers could be laid off if state lawmakers do not approve the city's pension plan.

If #HoustonPensionSolution fails to pass #TXlege, we're projecting @HoustonTX will have to layoff 1700-2200 municipal workers across city pic.twitter.com/WYX4tUemEA

Earlier this year, the city council approved a plan that would address a $4 billion shortfall caused through rising pension obligations.

"This is not new debt, this is what we owe police," Turner said. "Even if the voters were to say no in November on the pension obligation bond, we still owe. The only reason why we're entertaining it is because it's cheaper debt right now."

The city's plan pays off $8.1 billion in unfunded liabilities for pensions and does it without raising taxes, according to Turner's office.

"Right now we have 5,200 police officers trying to cover 640 square miles, and asking them to do almost everything," said Turner. "Well, if we don't get pension reform, forget about adding one more police officer."

The mayor says "hundreds" of police officers and firefighters could be laid off.

Having spent decades as a Houston firefighter, former Fire Union President Roland Chavez, now retired, is worried about the city he loves.

"Whenever you're talking about library, parks, sanitation workers, with summer coming, all of this is a massive impact on the citizens of Houston," said Chavez, who is not taking any official position on the pension plan.

They are, however, also not on board with State Senator Paul Bettencourt's desire to move new firefighters away from pensions and into a 401K type plan.

Turner, however, is putting a full court press on the effort to get reforms passed. Both the city's fire and police chiefs stood alongside the mayor Wednesday.

"There's no doubt if pension reform isn't passed we're going to take what is an already very lean police department, in a very dynamic city and very spread out. We're going to have to lay off cops," said Police Chief Art Acevedo.

There are approximately 34 days left in the legislative session. Right now, it's unclear if the bills will make it out of the State House or the Senate.